Bringing Irish ancestors’ stories home and connecting with the past

What you should know about applying for Irish citizenship

Magazine claims to have found the quaintest place in Ireland - do you agree?

Bringing Irish ancestors' stories home and connecting with the past

Why were horse skulls buried under floors in great houses of Ireland?

Brown bread as your mother made it

100 years after the battle of Amiens, a poignant reminder | World news | The Guardian

STOP APOLOGIZING AND BEING SMALL - Cresting The Hill  Leanne

Ever dreamt of owning a home in Italy? These links might show you a way... first  and second
Just remember who told you about them, just 1 Euro each...

What Melbourne can learn: Scandinavia’s cemeteries are BEAUTIFUL

An open grave in Charleston speaks to broader problems of neglected cemeteries |postandcourier.com

Stolen headstones from 5 cemeteries believed to be in Blackstone | WTVR.com

The History Buff: St Peter's Cemetery Stonemason  Thanks to Joan Clarke for sharing this

FROM THE VAULT - The Queensland Police Gazette - Museum

#OTD in 1918 – About 1,500 camogie, football and hurling matches were played across Ireland as part of a GAA protest against recent restrictions on the playing of these games without a permit.
Stair na hÉireann

Book Review: The Quest for the Irish Celt: The Harvard Archaeological Mission to Ireland, 1932–1936  The Irish Story

Dreaming of an “Irish Tet Offensive”: Irish Republican prisoners and the origins of the Peace Process The Irish Story

Convicts who joined the NSW Corps

City of Edinburgh from Norfolk Island to Derwent, VDL Sept 1808

Your Feet Could Be Harming Historic Buildings        In Early Maps of Virginia, West Was at the Top

The Titanic Wreck Will Disappear         A Golden Sandcastle in India

How to Locate Any Offline Genealogy Record Collection in 1 Minute

Why Did the Welsh Bury Their Dead at Stonehenge?

Rare Home Movies Show the Private Lives of the Roosevelts

Have Researchers Unraveled the Six-Decade Mystery of a Kansas Museum Portrait?

Battle of Long Tan and the Long Tan Cross

PLEASE NOTE..
The Memorial has been shortlisted  in the first-ever nationwide vote to determine the 7 Wonders of Australia.  VOTE NOW

Library and Archives Canada announced it completed the digitization of 620,000 World War I personnel files—30 million images-- marking Canada’s 100 days.  August 8, 1918 is known as the beginning of Canada’s 100 days, “when the Canadian Corps spearheaded attacks that became known as the Battle of Amiens, a major turning point that led to victory in the Great War and the Armistice of November 11”. This marks the centennial of the end of the first World War. To read more about this see: http://www.bac-lac.gc.ca/eng/news/Pages/2018/First-World-War-database-completed.aspx.

Digitizing the First World war personnel records is the largest project to date, undertaken by the Library and Archives Canada.

Olive Tree Genealogy Blog: Write Your Own Memories Before They are Forgotten!

Book A Day: Interview with a Vampire by Anne Rice

Pieces of Her by Karin Slaughter

The Fifth To Die by J. D. Barker

The Other Woman by Daniel Silva

Thanks to Beth Walsh for her additions to

CONTRIBUTIONS
Re BARRY, BONFIELD and McNAMARA, all Clare related. 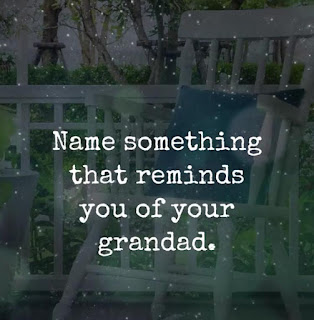 Or a favourite ancestor...
in the comments below...