Cemeteries of the Hawkesbury

How to become a roots sleuth  Irish Echo

*Sloinne/Surname   thanks to Linda Keohane


*The Queensland Archives’ Bigamy Files: What Does it say on Marriage, Family and Society?
Dr. Mélanie Méthot explores how the Queensland courts dealt with bigamous marriage at the turn of the twentieth century  4 September 2018, 10.00am Queensland State Archives, 435 Compton Road, Runcorn

The Churchyard of Dunblane Cathedral  HistorianRuby

To My Friend LuLu  Claudia

Finding your Isle of Wight Roots

Should DNA Data be in government archives?

Honoured to be in Great Company

In 1752, 11 Calendar Days Were Lost Forever: Here’s What Happened

Why You Need to Quit Attaching Records to Your Family Tree, and What to Do Instead

Searching for Lost Family: These Heartbreaking Ads by Former Slaves Are a Vital Genealogy Resource

Road tripping the Wild Atlantic Way on the Dingle Peninsula

Factcheck: Did this woman really survive the Titanic, Hindenburg, Pearl Harbor AND 9/11

This Irish store is the fastest growing retailer in the US

Gaelic Memories Photography captures the passion and beauty of Ireland

Death records for 796 children at Tuam home published in full

Five years after his death, Seamus Heaney’s poems still speaks uniquely to us

When the Blasket Islanders were evacuated to mainland in 1953

Who was the “husmann”?   Martin Roe Eidhammer

Revisiting the MacColls/McColls of Kenmore and Ontario  Cassmob

Writing your own recipe to Thrive - Sizzling Towards 60 & Beyond

The Ghost of Francis Street | The Dusty Box

New Release Book Review: How to Be Perfect by Holly Wainwright

New Release Book Review: What Will Be Worn by Melissa Fagan

Book of the Week: The Ones You Trust by Caroline Overington

The Right Place by Carla Caruso

Dinner with the Dissidents by John Tesarsch

A Necessary Murder by M.J. Tjia

Just a Girl by Jackie French

The Irish Story  Book Review: Migration and the Making of Ireland

Contributions welcome and published at the discretion of the editor. You can find contact details in About Me near the top of the side column. 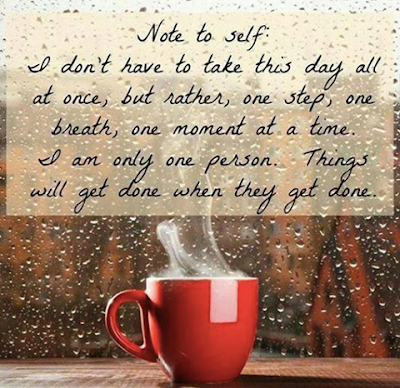 Irish party of the decade as Drogheda hosts 500,000 at the Fleadh Cheoil

Ed Sheeran explains why you should all live in Ireland

Can you guess the world’s sexiest male name? It’s Irish...

The incredible Irish Canadian twins who share a brain

The greatest escape: how a US whaling ship freed six Irish revolutionaries from Australian prison

Book of Kells in Trinity transports history buffs to another world

The miraculous discovery of the ancient “rolling sun” at Croagh Patrick

Only in Ireland! Hiker hospitalized having been struck by falling sheep

Travellers can now stay in one of Ireland's lighthouses..


FOOD&WINE: The chef bringing Irish seafood to a new generation

Tiny viruses could be our answer to antibiotic resistance   silicon republic.com

Ever wondered what lies beneath the city? Melbourne gives up it's secrets

Podcast: The Orange Order and the Twelfth of July  The Irish Story

The following are the first few of a week long series by Claudia... an interesting concept.

Dictionary of Sydney 'The Electrical Association for Women'

Who will save 'jewel in the crown of historic Hawkesbury'?  SMH

Unlock the Past in Seattle Live … and Livestream Lonetester

Inquests and other coronial records

Selection of images from the archives - Department of Tourism and ...

Taking control of the estate - NT.GOV.AU

The Detailed Beginner’s Guide to Researching Your Ancestors in England, Wales, Scotland or Ireland

Find it in a Library?

This Los Angeles Grocery Store Has 31,000 Items — and You Can't Eat Any of Them

The IAJGS Records Access Alert has frequently discussed the problems that Facebook encounters in the European Union.  Now they are facing a major problem in the United States:  potential breakup due to a coalition, Freedom from Facebook,  asking the Federal Trade Commission (FTC) to break them up due to their privacy policies and suggests they have a monopoly. The coalition is asking control be given to its 2 billion users.  They are alleging that Facebook is in violation of a 2011 consent decree it signed with FTC.  If the FTC finds that Facebook is in violation of the consent decree the penalties could run in the trillions of dollars.

The 2011 consent decree required Facebook to get consent from users before sharing their data with third parties and Facebook agreed  to have a third-party conduct audits of its privacy practices every two years. Facebook does not believe it has violated the consent decree.

The coalition asserts that Facebook and its subsidiaries such as Whats App and Messenger account for more than three-quarters of mobile social networking traffic in the United States.

Thank you to Dick Eastman's Privacy Blog for informing us of this exclusive to Fox News.

The Library and Archives Canada (LAC) announced this week the launch of an expanded version of their research guide : Finding Aid 300: Other Census and Related Documents (1640-1945).

The guide is for the early census and related records at the LAC mainly dating from 1640 to the 1800s with some records from the 1900s including the provinces of Newfoundland and Labrador from 1921-1945.  To access the guide see:
http://www.bac-lac.gc.ca/eng/census/Pages/Finding-Aid-300.aspx

One of the new features of the this finding aid are images of most documents.

The LAC also updated their census page which includes links to their databases of census returns 1825 t0 1921—the census of the Prairie Provinces of 1926 ( Manitoba, Saskatchewan and Alberta were transferred to LAC June 1, 2018 and an index in currently being developed. A release date is not yet announced.

There is a 92 year embargo period for release of the census to the public.

The Library and Archives Canada Blog has a post about the early census records located at: https://thediscoverblog.com/2018/08/21/researching-early-census-records/

A Thankyou to the Captain  Lonetester

CLOGS AND CLIPPERS: The hard-to-find Hardmans

The Story of Ellen Cusack  Before Bernadette

Behind the Pen with Claire Varley

Bingo! A Month of Sundays by Liz Byrski

New Release Book Review: When The Lights Go Out by Mary Kubica

The Rules of Seeing by Joe Heap

The Escape Room by Megan Goldin

The Party by Lisa Hall

The Peski Kids: The Mystery of the Squashed Cockroach by R. A. Spratt

Podcast: The Joy of Children's Books with Emily Rodda 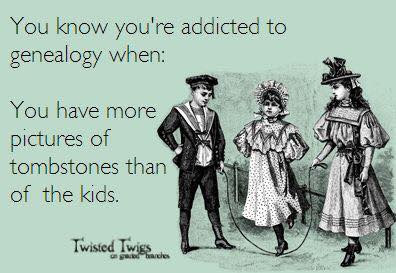 Too much to take in at once?
Why not subscribe and save the email.
You can also save and export as a .pdf (via Files)
Thank you for your support.