While looking for something extra for this week's

I kept coming across mention of the 'Killarney' Private Hospital in Bellingen, NSW. I'd not heard of it till recently and saw the name mentioned constantly from the 1920's era.

Many birth notices mention it as place of birth, but there were also general patients there. Over some time, a few different Matrons were mentioned. Thanks to the Bellingen and Urunga Museum, I found a photo of the hospital from 1921 and also a photo of some of the nurses in 1920. I would love to know where exactly the Killarney Private Hospital was and who the nurses were. 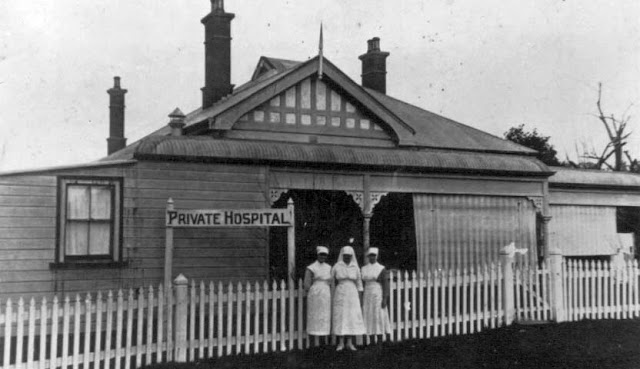 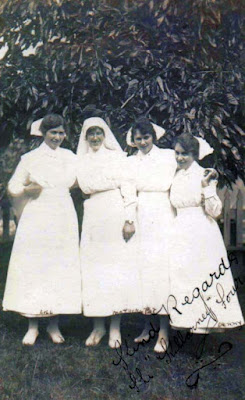 If you click to enlarge the photo, you will see names on the bottom of their skirts.. Lill, Matron, Pat and Denny?

In 1943, the following notice appeared in the Daily Examiner, Grafton..courtesy of TROVE.

I decided to look further and came across this article in the Bellinger Shire Courier Sun, a long standing local paper..

Here is an extract. Nice to know that Killarney lived on. 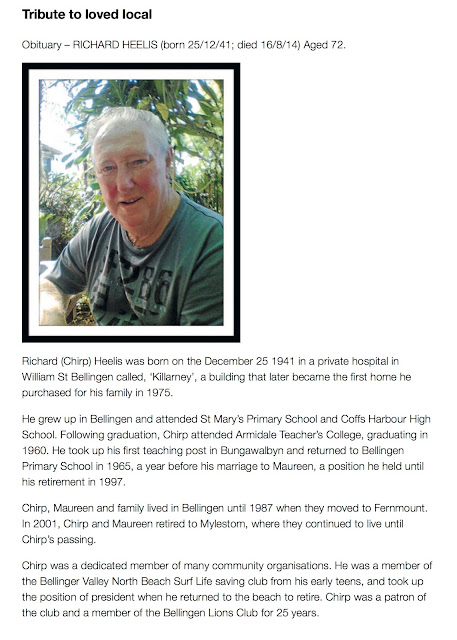 N.B. Bellinger Shire Courier Sun is not yet digitised by TROVE.

UPDATE: You never know who knows what. I was talking to an older friend of the family just now and telling her about this article I wrote yesterday about 'Killarney'. She knew it well.. and was able to add some extra family information. My much loved cousin, who passed away in March this year, was actually born in 'Killarney.' I knew she was born in Bellingen and assumed that it was in Bellingen hospital... Lesson learnt, never assume, always dig deeper!