On This Day: The Blasket Islands evacuation of 1953

Where to celebrate Thanksgiving in Ireland

Longford set to get tropical with new theme park

How the Irish saved Thanksgiving

Can you be both New York and Irish? Leading Irish writers reflect on heritage

Are you eligible for an Irish passport before Brexit?

Ireland had its first snow of the winter this week

The best Guinness lamb stew recipe you ever had

'Get off my castle': A search for my name's meaning led to an ancient kingdom in Scotland  Dallas News

Newcastle to Lismore and beyond – Mid North Coast Pioneers

Dictionary of Sydney  Grab your partners for the Balmain Polka

Historical letters and messages from the battlefield

The Annual Digital Lecture: Semantic Capital: what it is and how to protect it

How do you feel about your DNA being used by the police? - the results of a survey

Friends of the Anglican Diocese of Ottawa Archives AGM

Book Review: Barefoot on the Cobbles

Beyond the Imitation Game: Codebreaking and the Race for the Computer

Skip to the good stuff in a YouTube Video

What Was on the Menu at the First Thanksgiving?

The Best History Books of 2018

The History of Pardoning Turkeys Began With Tad Lincoln

These Robotic Pants Could Help Some Disabled People Walk Again

Designing "Adaptive Clothing" For Those With Special Needs

What Did Elizabeth I Actually Look Like? This Artist Has a Suggestion

Where Are All the Genealogy eBooks? James Tanner

The Youngest     Before Bernadette

Piltown, Kilkenny and it’s Involvement In the War of the Roses   Stair na hÉireann

Happy Thanksgiving — Now and a Couple Days from Now  Claudia

The Children of King George III and Queen Charlotte  HistorianRuby

Connect with Your Family, Past and Present—Famicity and FamilySearch

Last week’s special broadcast marking 100 years since the end of the Great war. Join a panel of Findmypast experts as show you how to trace your military ancestors from cradle to grave.

The International Tracing Service (ITS) added 900,000 post-war documents online. This brings the total of number of documents freely available in the online archive to over 2 million. One can search by name. The newly added documents contain approximately 405,000 names of Holocaust survivors, former concentration camp inmates and forced laborers. They were under the care of the International Refugee Organization (IRO) in Austria, Italy, Switzerland and England after World War II.

In June, ITS published its files from the German Displaced Persons  in June. This makes it possible to search online for nearly one million names of Displaced Persons (DP) registered and surveyed in DP camps within the framework of the Care and Maintenance Program.

The DPs filled out questionnaires as a way the International Refugee Organization (IRO) could find out whether it could help these persons and if so how. The personal stories of the DP persons are delineated in the questionnaires and provide better insight as their lives.

To search the online archives go to: https://digitalcollections.its-arolsen.org/
You will need to make a declaration of consent that the sensitive information you are using is solely for research purposes and in accordance with applicable national laws and regulations.

To read more about this see:  https://tinyurl.com/yaa8olxz


On September 9  The IAJGS Records Access Alert first reported on the unconscionable destruction of over one million death records by the Staatsarchiv Hamburg. At the time there were few European news articles about this travesty. Since then there have been more news articles and several blog posts by other genealogical writers.

As reported previously in the IAJGS Records Access Alert, IAJGS took this egregious act very seriously and wrote to various Hamburg government officials. IAJGS received a response from Dr. Carsten Brosda, Free and Hanseatic City of Hamburg Minister of Culture and Media.  In the letter he acknowledges that the State Archives reviewed their actions and concluded their decision to appraise the series was "flawed". "Both the Ministry for Culture and Media and the State Archives are in discussions with historians and researchers on the matter. To ensure that documents used by researchers are not subsequently weeded, the State Archives have already developed proposals for a workflow which would subject future appraisal decisions to multiple checks before weeding was approved.

Dr. Brosda also informed IAJGS that the crimes committed during the Nazi period are a major work of the Hamburg Archives and that next year the archive material from the Jewish communities of Hamburg pre-1945 are going to be digitized in cooperation with the Israel State Archives so that researchers will in the future be able to access the materials online from anywhere in the world. Archival materials and documents on the Nazi crimes of violence and injustice have already been digitized with Yad Vashem and the U.S. Holocaust Memorial Museum.  He also mentioned that documents including registers of birth, deaths and marriages and emigration records have been  digitized, indexed and made available online with cooperation from Ancestry.

Finally, Dr. Brosda stated that the Ministry for Culture and Media and the Hamburg Staatsarchiv plan to work more closely with historical research on the use of and access to archive material to ensure that all interests are taken into account.

To read the previous posting on the Staatsarchiv Hamburg and more go to: http://lists.iajgs.org/mailman/private/records-access-alerts/. You must be registered to access the archives.  To register go to: http://lists.iajgs.org/mailman/listinfo/records-access-alerts  and follow the instructions to enter your email address, full name and which genealogical  organization with whom you are affiliated.   You will receive an email response that you have to reply to or the subscription will not be finalized.

Trails to Roads: Down the Atlantic Seaboard  kindredpast

Was the convict James Orton related to John Orton?  Clogs and Clippers

The Struggle to Educate. genielynau

The Importance of Unicorns and Bratwurst ….Again….  Claudia

World War One: when War Reunited a Family  HistorianRuby

Before Bernadette: The Story of Mary Ann Farley - Part One  (Need an enquiring mind and a strong cuppa...)

Remember What Was & Who Went Before  Liv

How to Host a Turkey Shoot (Camera Required)  The Family Curator

Bingo! The Perils of Too Much Fun

New Release Book Review: The Way of All Flesh by Ambrose Parry

Behind the Pen with Matt Feraz

The Pearl Thief by Fiona McIntosh

From the Ashes by Deborah Challinor

Podcast: Behind The Headlines with Chloe Hooper

Rockhampton General, thanks to Cherry Adams
QLD Cemeteries outside of Brisbane

Australian Catholic History 1787-1953 .. encompasses much of Australian History also, Trove Tuesday 20 Nov. 2018, numerous names, a number of portraits, references to so many events from the Irish rebellion to the bombing of Darwin, Irish political prisoners- including priests, who was the priest sent to Western Australia  as Vicar general in 1843?, when was the Magdalen Asylum established?, who was the 2nd Catholic Prime Minister of Australia?, centenary of Freeman’s Journal,

Additions to BRISBANE PAST AND PRESENT 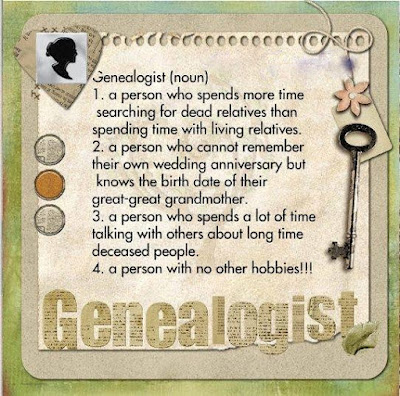 Treasuring Trove: Why Australia’s digital heritage platform is so special | Pursuit by The University of Melbourne

The Fading Battlefields of World War I - The Atlantic

Impressive view over the island of Santorini, Greece. image

Ned Kelly's skull is still missing, and the mystery continues to grow 138 years after his death - ABC News

The little-known origin of the minute's silence - RN - ABC News

The bureaucrats desecrating our diggers’ graves | The Spectator Australia

Ireland and the First World War – A Brief Overview   John_Dorney

I'm no artist but I can paint  Geniaus

Granny’s a Loser (Not)  Claudia

TheGenealogist adds Great War records              Could a student help get that project moving?

Ice Sheets From Above    Found Paintings  Round and Around  Hertfordshire, England

Absinthe in the Woods       Book of Dissections     Megafauna Mysteries

10 Things You Should Know About Every Ancestor in Your Tree

The early bird gets the worm: nine Dublin dinner spots that won't leave you broke

Five brave Sullivan brothers died on this day in 1943

NYPD cop give Irish tourist $20 toward her “Hamilton” Broadway ticket

The Oldest      Before Bernadette

Thomas Waters Letter to Bedfordshire – August 1862 | Tracking Down The Family

A Diamond in the Dust by Frauke Bolten-Boshammer

The Turn of Midnight by Minette Walters

Wundersmith: The Calling of Morrigan Crow by Jessica Townsend    Read an extract

Podcast: An Author, Her Book and Her Life with Kristina Olsson 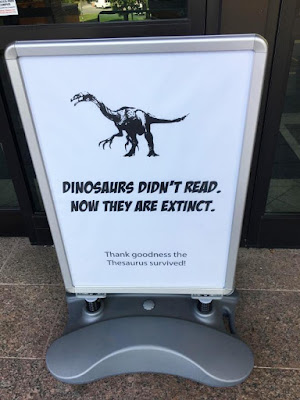