Tsundoku: The practice of buying more books than you can read | TreeHugger

Delegation travel to the US to promote tourism        Donegal Democrat

Northern Ireland crew captures snippets of the past        Eagle-Tribune

Italy Emigration: The Who, Why, and Where  Family Search blog

Once upon a shelf      Library Currants

What Can I Learn about My Italian Last Name?  Guest Blogger  Family Search

The Papal Visit of 1979: Context and Legacy  The Irish Story

Titanic Survivor Lawrence Beesley: the Day of the Disaster  HistorianRuby

This Indian Hill Fort Has a Legendary History

The Walls of Itchan Kala

How Snails Are Farmed in America

Elkhorn, a Ghost Town in Montana

The Appeal of Gas Stations

'The Happiest Place in Encino'

A Japanese Village Untouched by Time

How to Turn Your Research Into Beautiful (Free!) Family Tree Charts in Just a Few Clicks

The Goldfields Pioneer – a verse

Everything you could need – Coolgardie adds

Irish ranks in the top three ancestries in 31 US states

The pagan origins of King of the goat’s Puck Fair

Beautiful poem for the departed adapted by Irish monks

Historic jail where the Molly Maguires were hanged is for sale

What you need to know about Omey Island, Connemara's best-kept secret

The Youngest Among Us  kindredpast

Before Bernadette: The Story of Adolphus Hukins

Footsteps to the Past What's In A Name? Roseann Creagh

An Unforgettable Fire ‹ The Irish Aesthete

Behind the Pen with Meaghan Wilson Anastasios

Behind the Pen with Carla Caruso

The Psychology of Time Travel by Kate Mascarenhas

The Concubine's Child by Carol Jones

High Five To The Boys 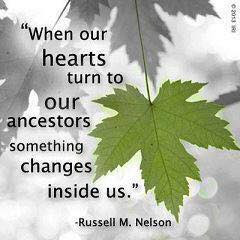