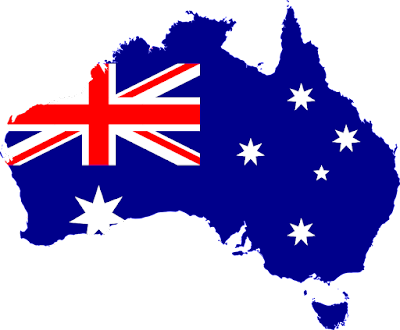 Announcing the Australia Day Honours List, the Governor-General highlight that of the 732 awards in the General Division of the Order of Australia, the highest ever percentage (47 per cent) are for women and 45 per cent are for service to local communities.

”Congratulations to the outstanding Australians recognised in today’s Honours List. Collectively the recipients, whose achievements span community service, science and research, industry, sport, the arts and more, represent the strength and diversity of Australia.

“It has been a challenging couple of years and the recipients announced today are a reminder and reflection of the richness of spirit, selflessness and good in our community.

“The fact that the list includes the highest ever percentage of women is very encouraging and I look forward to this positive trend continuing. We will continue to increase awareness and encourage nominations for people from parts of our community that have been historically underrepresented.

“To the individuals being celebrated today; thank you for your contribution to Australia and congratulations on being recognised by your peers and your nation.

“To all Australians, please consider nominating someone outstanding from your community for recognition in the Order of Australia. The Order belongs to each of us and we each have a part to play. The only way a person can be recognised is for someone to nominate them.

(The easiest way to search for the biographical notes by name or keyword is through this database. These pdf documents are organised by type of award).

https://www.gg.gov.au/australia-day-2022-honours-list
Government Gazette
Australian of the Year Finalists
You can read their individual stories
Courtesy of ABC news 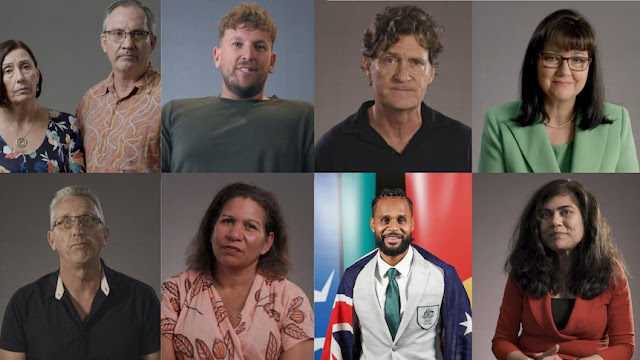 Posted by Crissouli at 8:29 AM No comments:

GSQ have not one, but two great blogs for us this week..

Bookings will still be required via Eventbrite. You can also use ArchivesSearch catalogue to pre-book records before your visit.

NOTE.. new album : Outback Roadtrip     Over 680 images from the 1990s captured what Queensland looked like 30 years ago.

*  Billion Graves 10 of the World’s Most Beautiful Cemeteries

* The Pirate Kitty of Ferny Hills: How a thieving ginger cat brought joy to a Brisbane neighbourhood - ABC News

* Carol's Headstone Photographs A brilliant site and all free..never hurts to let Carol know that you appreciate her work.

* When Can I Reuse This Calendar?

The Museum of Icelandic Sorcery and Witchcraft   Killer Rice

The Prison Cell of Ludger Sylbaris   Bone Worms and Gators, Oh My

How to Care for a Corpse Flower   Brauerei Hofstetten  World's End

Save the Hummingbirds    Places Frozen In Time     Alinjagala

Tchaikovsky's Patroness       The Age of the Birth Certificate

Freedom Libraries and the Fight for Library Equity

We All “Scream” for the Metatextual Ski Resorts and Climate Change

Who Do You Think You Are Magazine: February 2022

Smithsonian
The Medieval Queens Whose Daring, Murderous Reigns Were Quickly Forgotten
Ninety-Nine Fascinating Finds Revealed in 2021
Archaeologists Discover—and Start to Decode—Rare Medieval Runes
Baby Buried With Care 10,000 Years Ago Found in Italian Cave
A Rare, Gold-Wrapped Jar May Reveal the Splendor of Early Medieval Britain
Rare Viking Sword Discovered in Grave on Scottish Island
Researchers Are Using X-Rays to Solve the Mystery Behind Sicily's Child Mummies
A Long-Overlooked Necropolis in Naples Reveals the Enduring Influence of Ancient Greece
* IRISH CENTRAL
On This Day: Iconic Irish writer James Joyce died in Switzerland in 1941
Irish Heritage Tree dedicated to New York community leader Danny Moloney - IrishCentral
Old Irish superstitions are alive and well - IrishCentral
Tonga's underwater volcanic eruption was felt in Ireland
Chicago's South Side St Patrick's Day Parade will return for 2022
“Trees for Ireland” - a rebirth and return | IrishCentral.com
Understanding Ireland through James Joyce’s “Ulysses”
Widespread support for St. Brigid's Day bank holiday
The German-Austrian couple who converted an Irish bog into paradise
Why do you get pinched if you don’t wear green on Saint Patrick’s Day?
Why a vacation in Ireland is different from the rest - IrishCentral
ALWAYS INTERESTING
Please note .. there will be only one blog listed from each author, as there are so many great blogs. Please do read some of the other blogs as well as the one listed.

A Genealogist In The Archives

Thumbing Through Your Ancestor's Books

My Family Connection to a Well-Known Australian Artist.

The Wiener Holocaust Library in London, England, United Kingdom, is the world’s oldest Holocaust archive collecting materials since the Library’s founder gathered evidence of German antisemitism from the 1920s—before Hitler came to power. The Archive has over one million documents.

Founded as the Jewish Central Information Office in 1933, which itself grew out of an earlier bureau that Alfred Wiener had operated in 1920s Berlin, the institute was established to monitor German antisemitism. Much of the collection was gathered before and during the Holocaust.

Wiener, a trained Arabist and decorated World War I veteran, had become concerned at the antisemitic conspiracies that were swirling around post-WWI Germany and threw himself into efforts to monitor and combat Germany’s far-right underground.

He began collecting pamphlets, books, and leaflets in an effort to track German ultranationalists and opened an office under the main representative body of German Jews. By the mid-1920s, he was publicly debating German nationalists — both in print and in public debates — and in 1925 authored a critique of Hitler’s “Mein Kampf.”

By the time Hitler came to power in 1933, it was not safe for Wiener to remain in Germany. He moved his operations to Amsterdam, from where his staff established a network that could provide information on Jewish life across the Third Reich.

Kristallnacht was a turning point, and eyewitness accounts poured into Wiener’s Amsterdam office from Jews across Germany and Austria. Researchers, many of whom had fled with Wiener in 1933, began collecting testimonies — 305 of which remain in the museum’s collection — that were stored and fed into urgent reports that were sent to politicians and newspapers around the world.

In 1939, Wiener moved the archive to London where he had built close ties to the British Jewish community. Throughout the war, Wiener and his colleagues forensically gathered information from Germany and Nazi-occupied Europe. They published a fortnightly digest of information picked up from trusted informants, escapees and newspapers across Europe, which began to piece together the systematic destruction of Europe’s Jewish communities.

The information gathered by Wiener and his associates before and during World War II formed part of the evidence that was submitted at postwar trials, including Nuremberg and Adolf Eichmann’s trial in Jerusalem in 1961.

Increasingly, however, the library has sought to become a center for both educating about the Holocaust and warning about antisemitism, genocide and fascism.

An affiliate website, The Holocaust Explained, (https://www.theholocaustexplained.org/)  received over 2 million unique views from 200 countries across the world in 2021, making it one of the most popular Holocaust education websites globally.

The Fate of Caroline Blumenfeld Hoxter and Her Children: Final Chapter   Amy       Brotmanblog: A Final Chapter

Beryl Reading – A Baby on a Postcard historybylarzus

Book of the Week: Burnt Out by Victoria Brookman

Looking After Country with Fire by Victor Steffensen, illustrated by Sandra Steffensen Kids

Feel free to share, the title is the link..

CEMETERY - COMMENTS & QUANDARIES additions to both Australian and International sections… Do use Reader where it is an option…far easier.

For those unsure as to what READER is… look for the bars before the URL .. click on that and you will be able to read the articles without all the ads.

The title of the page is the main link.. feel free to share.. 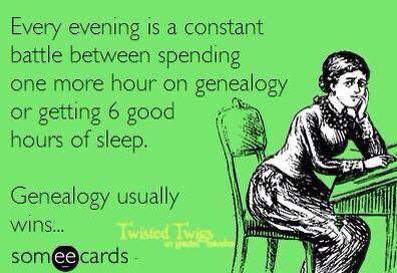 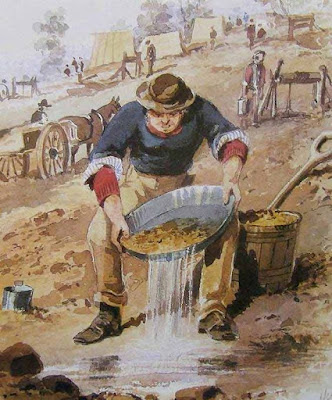 Panning by S.T. Gill
I hope you all had a great Festive Season..let's hope that this year is kinder to us all.. Welcome back.
* GENERAL INTEREST
AMONG THE TOMBS  Windsor & Richmond Gazette 26 Sep 1930. Interesting Reading
Queenslander House | House Histories | Queensland
13 Sep 1934 - "DIFFICULT" BEQUESTS - Trove Thanks to Noelene Harris
DESPATCH  newsletter of Public Record Office Victoria incl.

The 2021 issue of Provenance is now online

You can still access all our online services:
The ScriBbler    Stella Budrikis. Always interesting..
TROVE additions to newspapers plus coming soon...

Irish genealogical association's new president is long-term Who Do You Think You Are? advisor

How to look a gift-horse in the mouth John Grenham

The latest articles at Tinteán Magazine...

A Tale of Two Malahides   Keneally, A Man for the Ages

Eight Women Astronomers You Should Know

“Where There's Drink, There's Danger”   How the Maya Kept Time

A Weed is But an Unloved Flower

New Ordnance Survey Maps from the National Library of Scotland

Always Interesting
Please note - as there are so many great posts written by so many great bloggers, I will only be posting one per author per week. Do wander through others written by these authors as they are well worth reading/following.

2021 in Review – Accentuate the Positive

#OTD in 1929 – Brian Friel, playwright and author of Dancing at Lughnasa, is born near Omagh, Co Tyrone.

Another Year read all the way through

Have You Started Being Creative Yet This Year?

Help for Using the 1921 Census

The Children and Grandchildren of Caroline Blumenfeld Hoxter: Leaving Germany

Search for Sir Ernest Shackleton's Endurance to begin next month

The ancient stone circles and dolmens scattered across Ireland

1 million Irish infected with Covid since start of pandemic

An echo of Hitchcock’s ‘The Birds’!     Pauline Connolly

More searching tips, RootsTech 2022 & Other News: My Week in Genealogy 1-7 January 2022    Diary of an Australian Genealogist

Following the Trail of An Old Ax-head TextileRanger

Book of the Week: Murder Most Fancy Kellie McCourt

The Last Beekeeper by Siya Turabi

Clouds on the Horizon by Penelope Janu

Podcast: Morris Gleitzman on Ending His Popular Once Series

Books for Lazy Days at the Beach

Books to Get Swept Up In

Books Full of Drama and Intrigue

The Long Weekend by Fiona Palmer

Since We Last Met by Bronwyn Sell

Podcast: Charlotte Wood on What Art and Artists Teach Us

Many thanks to all who volunteer to create this invaluable source of records… free to all..

FRIDAY FOSSICKING 7th Jan 2022, something new, suggested pages, want your story told?.. You can be a guest blogger..

TROVE TUESDAY 11th Jan 2022... MEMORIES   some more popular posts ... Trove Tuesday returns in full on 18th Jan 2022.. If you wish to subscribe you can do so via the Subscribe image in the side column.

Feel free to share, the title is the link.. 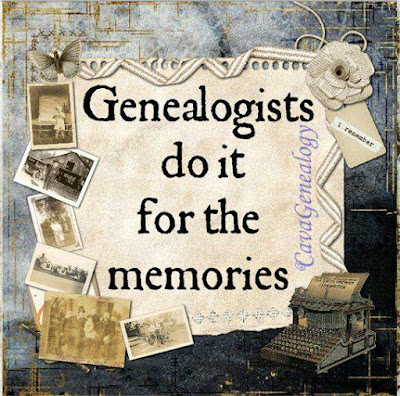