Ennis, Co Clare is the place to be in late September/October, in particular Oct 1st.


Have you ever wished you had access to your own personal genealogist?


There will be a number of genealogists there to help you on the way to discovering just where Aunt Sinead did get married or how Uncle Paddy ended up with the family farm...


Sessions will be between 15-30 minutes and are sure to encourage, refresh and revive your interest in family history, genealogy...


That not enough... well, there is more! Following this will be a visit to the Clare Local Studies Centre at Clare County Library from 7pm -8pm.


Then, time to savour, before back to TEMPLEGATE HOTEL,, where you can register for a very exciting conference between 8.45am and 9.20am... let the fun begin.


Full details and programme at   http://clareroots.org/   then       conference programme


Clare is definitely the place to be in September/October 2011...

Posted by Crissouli at 7:30 AM No comments:

CLARE Roots Society is to host a major genealogy and family history conference at the Temple Gate Hotel, Ennis this October.
The conference, with the theme, The Future of our Past will be addressed by leading figures from the world of Genealogy and Family History and will take place on October 1.
The keynote address will be given by Dr Nick Barratt, London, whose talk is entitled Family History and the Media in which he will examine the way genealogy has been transformed over the past five years by TV and the internet. He will go behind the scenes of programmes like Who Do You Think You Are to reveal how they are made and the impact the shows have had on the way people research. Nick Barratt is a TV presenter and commentator. He is editor in chief of Your Family History magazine and chief executive of Sticks Research Agency. He was the original genealogical consultant and lead researcher for BBC’s show Who Do You Think You Are.
John Grenham MA author of Tracing your Irish Ancestors and the writer of the weekly Irish Roots column in The Irish Times will give a talk entitled Jam Tomorrow: What’s online and what’s coming.
Other confirmed speakers include


Jim Herlihy, author of The Royal Irish Constabulary: A Complete Alphabetical List of Officers and Men, 1816-1922 who will speak on the Black and Tans and the Auxiliaries Dr Jane Lyons, professional genealogist and moderator of a number of genealogy websites Liam Curran, a Clare-based amateur historian who will talk on The Irish Soldier in the British Army in the First World War and Antoinette O’Brien, genealogist and manager of Clare Heritage Centre in Corofin, who will talk about the work of the Genealogy Research Centre and its records. 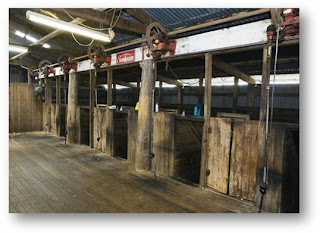 When the gidgee coals no longer glow across the outback night

And the bush is forced to hang a sign, '. gone broke and won't be back'

And spirits fear to find a way beyond the beaten track


When harvesters stand derelict upon the wind swept plains

When a hundred outback settlements are ghost towns overnight


When 'Pioneer' means a stereo and 'Digger' some backhoe

And the 'Outback' is behind the house. there's nowhere else to go

And 'Anzac' is a biscuit brand and probably foreign owned

And our heritage once enshrined in gold is crumbling to dust

And fishing is a great escape; this is until you're caught

When the name of RM Williams is a yuppie clothing brand

Not a product of our heritage that grew off the land

When 'Political Correctness' has replaced all common sense

When you're forced to see it their way, there's no sitting on the fence

Perhaps your heart will tell you then, 'I should have made a stand'

Just go and ask the farmers that should remove all doubt

Then join the swelling ranks who say -

Posted by Crissouli at 8:32 PM No comments: