The Silk Book Goes on Exhibit - The Fine Books Blog

Bride Embroiders Her Love Story Onto Her Gorgeous Wedding Lehenga

Explore the branches of your family tree at The Rooms   CBC.ca

NSW Capital Convictions Database  Any of your ancestors here?

Ballarat's history never fails to turn up new gems: now a secret tunnel from the gaol | The Courier

Cafe by the clocktower   Country windmill   The Emerald City

Preserving the bad fruit in our family trees   ancestry.com.au blog

50 Irish graves to visit before you die   Irish Times

With the Time You Have Left Here   John Pavolitz

The rising up of Plantation Voices | Australian South Sea Islander

A Murderous Assault at Menzies:

Have You Seen This?—Cool Features on the Family Tree App

Visitors are raving about the Home exhibition  ends 14 Jul

See what's on at State Library

Changes at the GRO

The Family Curator | Are You Curator, Creator or Caretaker of the Family Archive? Denise Levenick

Give a Little Back – Australian Genealogy Transcription Projects Alona Tester

Who owns your family history? - Treasure Chest of Memories

Leonora Goldsmith Jaffa and Her Family: Too Many Lives Cut Short  Amy

“The Crashing of the Volleys and the Wild Irish ‘Hurroos'”: An Irish Brigade Veteran Remembers Gettysburg, Fifty Years On  irishacw

Added or Updated Record Collections at FamilySearch.org - Week of 10 to 16 February 2019

A Reader's Take on Ancestry.com Problems - Part V: Why Is There No Chromosome Browser?

St. Patrick’s Day in Ireland could turn into a month-long celebration

How to make the perfect traditional Cottage Pie, an instant family favorite

New Zealand's government is the latest country to announce plans for a digital sales tax on Internet multinationals such as Amazon, Google, Facebook, Apple and Microsoft. New Zealand's Prime Minister Jacinda Ardern said her cabinet agreed to a discussion document being released stating, "the country’s current tax system was “not fair in the way it treats individual taxpayers, and how it treats multinationals.”

Other countries including, Austria, France, UK, Spain and more have also  started to focus on a digital tax as the European Union has not been able to agree to a unified policy.

The New Zealand proposal is for a 2-3 percent tax on revenue overseas companies make in their country. It is estimated that it would bring is between $20.6 million USD-$55 million USD.

BEWARE THE IDES OF SEPTEMBER BY ELIZABETH GAUFFREAU | The RavensPerch

Putting Herself in the Picture  TextileRanger             beautiful detail

‘A faithful soldier of the Republic’: The story of Jinny Shanahan The Irish Story

Behind the Pen with G.S. Johnston

After the Party by Cassie Hamer

The Scholar by Dervla McTiernan

Life Before by Carmel Reilly

The Book of Knowing  Gwendoline Smith

Book Preview: Cartography and how it shapes the world. Part One.

Castlereagh,
With thanks to Nola Wilkinson

Parramatta North
with thanks to Rose Lee

Rookwood, NSW
https://irishgraves.blogspot.com/p/rookwood-cemetery-metro-nsw.html
With thanks to Nola Wilkinson and Rose Lee

Picton
With thanks to Brett Andrew Woods

Singleton
With thanks to Madeline Wright

Tambaroora Catholic
With thanks to Nola Wilkinson

Tumut
With thanks to Gail Christopher

Additions to Waverley with thanks to Noelene Harris

TROVE TUESDAY 19TH FEB 2019... Collection Of Convict Captures, notorious prisoners, the clever, the foolish and the desperate, across a number of states…
Feel to share… 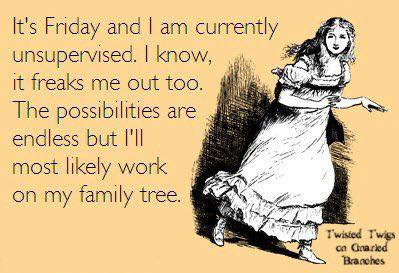