First-timers and a previous winner, but no Winton on the Miles longlist  SMH

ABC News: 'They were my flying saucers': Ride the wonderful world of bus restoration

'A weight has lifted': Casey Donovan's journey to discovering her family history  SBS

ABC News: 22yo stonemason youngest to be diagnosed with silicosis in Queensland

How to trace your Irish family history: a step-by-step guide Irish Times

Leslie Weir Announced as Next Librarian and Archivist of Canada

Stories of Overseas Chinese: How they connected with their families

Pyrosomes are one of the ocean’s weirdest creatures

The Quantum Random Number Generator     The Evolution of Memorial Day

Added and Updated Record Collections at FamilySearch.org - Week of 19 to 25 May 2019

A Tale of Two Brothers     A Soldier’s Lament

What’s In Your Archive?

No. 421 - Saint John the Baptist at Buckland - "Animosity Will in Time Pass Away, Yet the Building will Remain" | Churches of Tasmania

The Milkman Cometh No More

Top places to bring your kids in Dublin

Most popular books in Ireland revealed

These are some of the most Instagram-worthy spots in Ireland

Remembering the renaissance man of the Irish revolution on his birthday

An inside look at one of Dublin's oldest whiskey distilleries

Genealogical archive of 52,000 Irish-Jewish, from over 200 years, presented to Dublin city

Learning the Irish language easier than ever thanks to new course

The next Irish acting star has made her Broadway debut

Is this original Orient Express train the most unique restaurant in Ireland?

British Heritage Travel: The history of the Irish Crown Jewels

No Liars, No Dirty Faces, and Other Library Rules  Lonetester

Behind the Pen – A Few of my Favourites with Maya Linnell

Podcast: Paige Toon Talks About Life On The Move

Podcast: Melina Marchetta Talks About Growing Up Australian-Italian and Her Writing Career

QUEENSLAND CEMETERIES OUTSIDE OF BRISBANE
https://irishgraves.blogspot.com/p/queensland-cemeteries-outside-of.html
Warwick
With thanks to Elizabeth Keong

VICTORIA
https://irishgraves.blogspot.com/p/victoria-australia_5378.html
Majorca, Malmsbury, Taradale
With thanks to Lee-Ann & Rob Hamilton
St. Kilda
With thanks to Katrina Vincent

ROOKWOOD
https://irishgraves.blogspot.com/p/rookwood-cemetery-metro-nsw.html
Additions to Priests Lawns.. scroll through towards the end.. just before Priest’s Graves…
With thanks to Noelene Harris 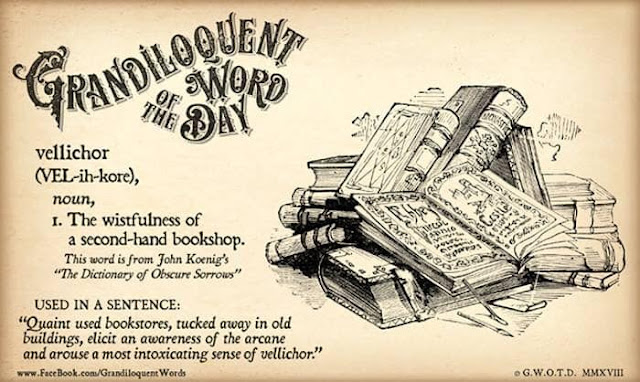 How to Get Google to Quit Tracking You - PCMag Australia

The floating brothel: The most scandalous convict ship of all news.com.au

[Dictionary of Sydney] Edward Smith Hall and The Monitor

Brisbane’s lost plague cemetery: Who is buried on Gibson Island? Brisbane Times Thanks to Wayne Hammer

Records-access-alert :The International Tracing Service (ITS) changed its name to Arolsen Archives- International Center on Nazi Persecution. They have also published a new online archive in partnership with Yad Vashem with documents from concentration camps, former prisoner cards and death notices. The 13 million documents represent over 2.2 million people persecuted by the Nazi Regime. This is the first of several large collections to go online sometime in the future.  To read more about this see: https://arolsen-archives.org/en/news/more-than-13-million-documents/

While many documents have been indexed so that searching by placing the name into the website, this is not yet true for all documents, but Arolsen believed it important to make the documents available during this initial phase. They are working to improve the searchability of the database.
Arolsen has information on 17.5 million people and belongs to UNESCO's Memory of the World.
To search the online database go to: https://collections.arolsen-archives.org/en/search/
The first item to appear is the terms of use to which the reader must consent .

What To Do If Your Email Is Hacked | McAfee Blogs

Equipped for THE Genealogy Show 2019?  Geniaus

“Waves in Time” is rolling in     cassmob. * STARTS TODAY

Griffith's Valuation.. how to interpret it   Thanks to The Silver Voice

FREE ACCESS to all Military records on My Heritage May 22-28, 2019  MEMORIAL DAY

Records of Australia’s Second World War servicemen and women are soon to be freely available to all. Around 80 per cent of our 1,062,000 WWII service records are yet to be digitised through the National Archives of Australia.
Next year marks the 75th Anniversary of the end of WWII and we want to ensure Australians can remember and understand the service and sacrifice of those who came before us. They will provide a comprehensive source of information for students, journalists, authors, academics, and families interested in knowing about the service of our Defence Forces.
Some are already 'opened'  by those of us who have paid to have them released. Most WW1 records are freely available now, except for a small number that remain closed for security or other reasons.
RecordSearch        Researching war service

Another Layer for Layers of London

Real War: How Peter Jackson’s They Shall Not Grow Old Breathed Life into 100-Year-Old Archival Footage

They wished upon a star : a history of Southern Cross and Yilgarn

Did she Fall or was She Pushed? – Annie Solly

See Historical Events Your Ancestors Lived Through and More—FamilySearch Update

The nankeen kestrel is a delightfully fluffy killer

When an Argument Over Macbeth Incited a Bloody Riot     Is There a Witch Bottle in Your House?

Seavers in the News - John Seaver Dies in Fort Scott, Kansas in 1919

Added and Updated Record Collections at FamilySearch.org - Week of 12 to 18 May 2019

A Walk Among Storied Tombstones: The Irish of Alexandria National Cemetery

With a Grain of Salt

Ministry of Government and Consumer Services

The 1938 marriage registrations and 1948 death registrations are with the Archives, and currently closed for digitization.  If you require a copy for legal or humanitarian purposes, please contact us.

The Memorial databank is a website of information about those who died defending Russia during the Great Patriotic War and post-war period.  It  was founded by the Ministry of Defense of the Russian Federation in 2007. The website contains up to 17 million digital copies of documents and 20 million personal record of the Red Army losses in the Great Patriotic War. Access to the records is free and unlimited. Currently, there are the names of one million war prisoners although German records indicate there were over 5 million Soviet citizens in captivity. There are over 5 million records for soldiers who died, went missing or became prisoners of war.  The website does not require registration.

The database is in Russian and for those of us who are not conversant in Russian you will need to use a translation service such as google translate  https://translate.google.com/

For suggestions on how to use the database without knowing Russian see: https://tinyurl.com/y4qrr2f4
Original url:
https://lostrussianfamily.wordpress.com/2019/05/11/free-database-on-wwii-soldiers-grows-by-more-than-5-million-records/

The article in Lost Russian Family suggests after doing the above, to search for relatives and ancestors in the website: Memory of the People:  https://pamyat-naroda.ru/heroes/?adv_search=y which is in Russian and English.

The Russian Military Archives provides a guide to this database in English, See:
https://pamyat-naroda.ru/how-to-search/
If it opens in Russian click on the EN on upper right

There is even a chance the country will hold another census due to the lower participation rate. There is a chance that Statistics New Zealand will backfill the information from previous censuses and information from the Department of Internal Affairs, the Ministry of Business, Innovation and Employment, the Department of Labor, the Ministry of Education and Inland Revenue.   The 2018 census was the first digital or online census being the first choice and the traditional paper census being the second best choice.

The Statistics Act 1975 requires everyone in New Zealand on census day to take part.
People who choose not to fill out their census forms can be fined between $50 and $500.

In 2013, Stats NZ announced about 100 people were being prosecuted for not completing their census forms.

In 2006, the Government department prosecuted 72 people for not completing the census, resulting in 41 convictions.
(https://www.stuff.co.nz/national/102003606/what-happens-if-i-dont-fill-in-the-census)

Ireland’s potatoes save millions from famine and drought in Ethiopia

Have a question about traveling to Ireland? Ask us anything!

Prince Charles set to visit Ireland next week, according to sources

Do you know the story behind the Irish flag?

Five things to do in Ireland when the sun is shining

The fascinating history of Cobh in Co Cork

London Jew gave his life for Ireland during Easter 1916

The London Irish gangster who shaped the Kray Twins

Remote Irish island flooded with inquiries from US about moving there

It's here! The Downton Abbey trailer has finally been released

When Amelia Earhart came to stay in Donegal… by accident

After living in Ireland for almost one year, this is what I’ve learned

One Year Ago…  Applegate Genealogy  Congratulations!

How to Claim a Convict by never giving up!  Thomas Green alias John – Convict  Jenny MacKay

Book Review: The Cinema at Starlight Creek by Alli Sinclair

Behind the Pen – A Few of my Favourites with Elizabeth Coleman

Book Review: The Gift of Life by Josephine Moon

Kid's Book of the Week: Pirate Boy of Sydney Town by Jackie French

Podcast: James Delargy on Travel, Writing and Why He Set His Novel in Australia

Too Soon, Too Late  Ralph and Kathy Kelly

I Miss You When I Blink   Mary Laura Philpott

Cari Mora  Thomas Harris     "Cari Mora is as creepy as The Silence of the Lambs.."

The Beekeeper of Aleppo  Christy Lefteri

All We Ever Wanted  Emily Giffin

ROOM FOR A STRANGER   Melanie Cheng

ELLIE AND THE HARP MAKER  Hazel Prior

Apple Tree Creek
Munna Creek
With thanks to Evelyn Kremer

WAVERLEY CEMETERY, NSW
https://irishgraves.blogspot.com/p/waverley-cemetery-nsw-metro.html
With thanks to Mar Duff 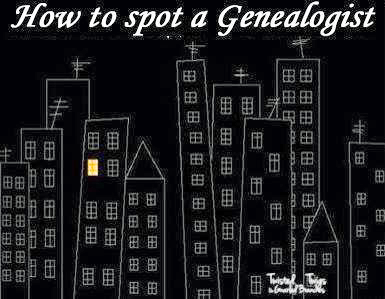