Laura Whitmore's grandfather was one of the people behind a famous Irish landmark  Extra.ie

Animals at the cemetery.... Billion Graves

Researching health in the 19th and 20th century

Blog: The AIDS health campaign   and quite a bit more..

ABC News: This tiny suburb outside of Sydney could become a burial ground for 800,000 people

RootsTech Connect.. remember that the sessions will be available for free of charge for the net 12 months or so...

More Digitization?   Families of the 1918 Pandemic

A Racing Man from Tipperary    Tragedy at Cue:

The Prince and the Diggers Daughter:

Making the Most out of RootsTech Connect

The True History Behind Netflix's 'The Dig' and Sutton Hoo

Hear the Musical Sounds of an 18,000-Year-Old Giant Conch

The Livestock Living at the End of the World    Blood Falls

The Quest to Save a Rare Parrot  Elusive Lizards, Elusive No More

The Polish government has proposed a new law to stop social media platforms deleting content or banning users who do not break Polish Laws. Social networks could be fined up to 50 million Zlotys ($13.4 million USD) to restore deleted posts or accounts. The new draft act appeared on the Polish Ministry of Justice website on February 1, 2021.  See: https://www.gov.pl/web/sprawiedliwosc/zachecamy-do-zapoznania-sie-z-projektem-ustawy-o-ochronie-wolnosci-uzytkownikow-serwisow-spolecznosciowych

It is available only in Polish. A link to it is in the National Law Review article mentioned below.

To read previous articles on the European Union, Digital Services Act, Amazon, Facebook, Google, and more see the IAJGS Records Access Alert archives at:  http://lists.iajgs.org/mailman/private/records-access-alerts.  You must be registered to access the archives.

[Records-Access-Alerts] (Denmark) Legislation will Require Facebook and Google to Pay for Media Content (Link Tax)
Date: 21 February 2021 at 9:44:48 am AEST

Denmark appears it will follow Australia and other countries requiring technology giants such as Facebook and Google to pay for content by media organizations on their platforms, i.e. a “link tax”.

Denmark’s Minister of Culture, Joy Mogensen, said she would put forward legislation next month would require technology companies to pay publishers if news content is posted on their website.

The European Union passed a copyright directive in 2019 which encourages such a link tax by providing for minimum standards for all EU member countries. While the EU directive does not call for negotiations by media organizations, the Australian pending legislation does and that is what the Danish proposal will do. The Danish proposal says if no agreement is reached between the publishers and the technology giants then Denmark’s copyright license board would settle the disputes.

Facebook states, as only 4 percent of content on Facebook is news articles, there is no economic argument for the company to pay for news. Minister Mogensen rejects that argument.

P.S. As of Tuesday afternoon 23rd Feb, it was announced that Facebook and the Australian Government had agreed to work on a new agreement which would see all 'hidden' sites/pages to be restored over the next few days.
[Records-Access-Alerts] (US) National Archives Proposed Rule on Collecting Information on Those Requesting Military Records
Date: 21 February 2021 at 9:24:48 am AEST

The National Archives and Records Administration (NARA) has a proposed notice in the Federal Register regarding continuing to collect information from people requesting military records so that they can locate, identify, and provide the requested information.

The information collected via the SF 180 and eVetRecs is vital to NARA’s  National Personnel Records Center, which stores and handles these records. They need this information to locate and release information from requested records.

This is a second request for public comment, the first published in the Federal Register on August 7, 2020 resulted in no responses being received.

If you plan to submit written comments they must be received by March 24, 2021.

There is a bill currently in the Georgia House, HB 92, that proposes to lower the embargo periods for birth records to 100 years and death, marriage, divorce and annulment dates for vital records to 75 years respectively.  The records would then be transferred to the State Archives from the State Registrar.  The bill may be read at: https://www.legis.ga.gov/legislation/58923

Currently, the embargo periods are 125 years for birth records and 100 years from date of death, application for marriage, divorce, or annulment.

Family History Across the Seas

Galloping Hooves    Black and White     Another of Dad’s   The Seat

Costume Of The Lower Orders Of The Metropolis

Faerie Paths — Saturday Afternoon ❤️    One Step Closer to Being Me

Added and Updated Ancestry.com Record Collections - Week of 13 to 19 February 2021

Added and Updated FamilySearch.org Record Collections - Week of 13 to 19 February 2021

A Medley of Trees

NYC St. Patrick's Day parade set to be small but symbolic this year

Plans for Virtual Shamrock ceremony between US and Irish leaders on St. Patrick’s Day announced

The reality behind the Irish characters in the 1997 Titanic movie

Several Irish baby names among the “most unique” for 2021

Ireland's most famous dog breeds on Walking the Dog Day!

When nothing rhymes, Irish music and banter, even virtually, helps

Where is the oldest St. Patrick's Day celebration in the world?

Book of the Week: The Royal Correspondent by Alexandra Joel   READ MORE

What Could Be Saved  Liese O'Halloran Schwarz     LEARN MORE

THAT MOMENT IN TIME

So many great blogs, in both the Always Interesting (any favourites of yours I should know about) as well as this week’s list of Interesting Blogs… I follow dozens of blogs, but I’m sure you could add some… your own as well..

Feel free to share… the title is the link…

These clippings list hundreds of names..starting with those given Absolute Pardons, if any occurred within the time period of the notice published, followed by the Conditional Pardons. They show the name of the convict, the ship they arrived on and either the year the ship left Britain or arrived in Australia.

I have also added some extra information on a select few convicts to illustrate just what you might find on other sites.. 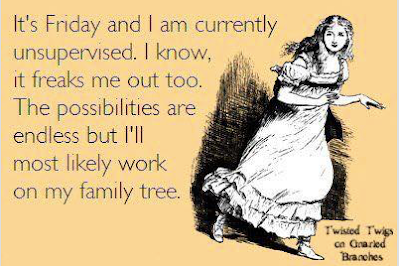 A Quick Family History of Every US President   24/7 Wall St.

Top 100 Genealogy Blogs, Websites & Influencers in 2021 Congratulations to all.

Tagbanua Village on the shores of Kayangan Lake, Philippines

How Green was my Face-  The Fight for the Ida H:

The Denbighshire Collection
Explore millions of new death and cemetery records
Explore new and exclusive Catholic records
Brand new Irish family records now online
They eloped for love     Our marriage records
Did you know you can see Find My Past from home?  Watch live

Free Cloud Storage on FamilySearch.org for Saving Your Most Important Family Photographs

17th-Century Dating Practices .. a must read   Bunkers of Alvira

The Disappearing Platypus    The Rodent That Becomes a Fish

Thought-Provoking Comments The Other Side of Valentine’s Day

Thought for the Day   On Holidays  Exercising Lockdown

Love Tokens From The Thames     At The Custom House

Finish Your Sentence the Right Way

Family History Across the Seas

Ready for RootsTech Connect: What time is it?

Jen Allen: The Woman Behind the RootsTech Magic

On This Day: Iconic Irish actor David Kelly dies in 2012

Love in lockdown with Ireland's most famous matchmaker Willie Daly

24 hours in the historic Cork town of Cobh

Ireland’s very own Valentine, who was a 17th-century healer

On This Day: Ernest Shackleton, Irish Antarctic explorer, was born in 1874

How to make pancakes like the Irish for Shrove Tuesday

Get Jiggy with a St. Patrick's Day Global Céilí in aid of UNICEF

Squeeze in a read! New Irish campaign aims to get people reading

St. Patrick's Day trivia to test yourself with this holiday

THE MAYDA - ONE LETTER SHORT OF AN S.O.S. - Pauline Conolly

Why Do Models Look So Bored? Textile Ranger

Book of the Week: Find You First by Linwood Barclay  READ MORE

Podcast: Maggie Hamilton on why Human Connection is so Essential

The Friendship of a Lifetime: Read our Review of The One Hundred Years of Lenni and Margot by Marianne Cronin  READ MORE

Blake is dead. Which Wife Killed Him? Read an Extract from Cate Quinn’s Black Widows      READ THE EXTRACT

THAT MOMENT IN TIME

Spy:espionage in Australia, Disobedient daughter, search Find My Past, Ancestry, My Heritage, TROVE…for selected records for free plus a whole lot more…

Feel free to share.. the title is the link..

I’ve always thought that one of the saddest headlines in the old newspapers is “Missing Friends”. Friends covers relatives as well as friends. Many have left their home country, never to be heard of again. Some moved interstate, some just disappeared… how do you deal with that?

Have you had ancestors who wandered off?  My  husband's great grandfather wandered off.. just where and exactly when, I have still to confirm, but John Goopy senior..even you can't hide forever!  I have no intentions of giving up on you...

How times have changed... and though some people still go missing, either intentionally or not, communication and hopefully, tracing, is so much easier. 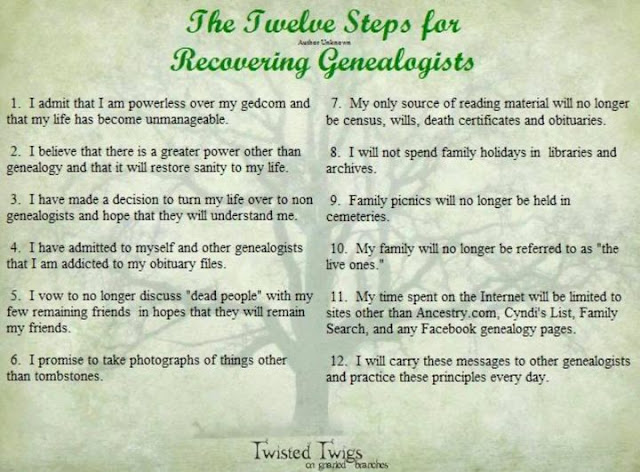