A Guide to Tracing Your Limerick Ancestors | Limerick.ie

The Empire Called and I Answered: Female Relatives Badges

Picture This on Mother’s Day Claudia

Maine man learns truth of his past: Nuns stole him as a baby from his mother in Ireland - Portland Press Herald

Raj nostalgia: reconsidering the stories through which we view empire - History Extra

The Special Diet of the Knights Templar        Hard Rock Music

Office Highway a must see!

Leaning Temple         Christ of the Abyss   Mobile Doctor in Nepal

The Dark Legacy of Jeju     Ceiling Fans and Eavesdropping

The Isolated Life of the Saturation Diver  Glorious Defects

Are you related to royalty?

Do take a few moments to read.. this explains why you are getting all those privacy law emails.

The issue of data protection and right to be forgotten legislation has spread globally. The EU's  Justice Commissioner Vera Jourvana said the recent Facebook- Cambridge Analytica scandal has been "a campaign" for the new EU General Data Protection Regulation (GDPR) in a way she could not have done.  See: https://nation.com.pk/14-May-2018/eu-data-laws-set-to-bite-after-facebook-scandal

The New York Times has an opinion piece on the European Union's General Data Protection Regulation which becomes effective on May 25, 2018. The GDPR not only codifies the right to be forgotten it gives the consumer greater control over their data, makes the data processor take responsibility for its protection. Europeans will have the right to data portability—moving their data from one company including social media network to another, and citizens' data may not be held outside of the EU and more.  The law is not easy to understand and to have the EU adopt the GDPR it took over 4,000 amendments and three years of negotiations.  To read the NY Times opinion piece see: https://www.nytimes.com/2018/05/15/opinion/gdpr-europe-data-protection.html.

Interestingly, some of the data that is being affected is not what we would think. Poland became the world's first to put banking records on the block chain. This provides compliance with right to be forgotten. See: http://www.prnewswire.co.uk/news-releases/poland-becomes-worlds-first-to-put-banking-records-on-the-blockchain-682496691.html

The European Union is not the only country(countries) that are looking at what controls on data they should adopt.  Recently, in Australia their Senate passed a motion asking the government to "consider the impact of Australia's insufficient and out-dated privacy laws on all Australians…".  The Senate agreed GDPR should be regarded as the global best practice for standards in data privacy law and Australia should use it as a model for its own laws.  See: https://www.smartcompany.com.au/startupsmart/news-analysis/data-regulation-eu-gdpr-startups/

The Australian recently published an article, "Australia need to do more on data protection". Australia has had a number of data breaches and enacted the Notifiable Data Breach and in the first six weeks more than 63 data breaches were reported. The article argues that Australia may not have gone far enough to protect personal data compared to the EU's GDPR. The article also says consumers are demanding the right to be forgotten.
https://www.theaustralian.com.au/business/technology/australia-needs-to-do-more-on-data-protection/news-story/1d2abaf1fd4fcef8911fafaaefb2b2b9

In another The Australian article it discusses what Australia might benefit from the GDPR including, opting in by users for third party access; tighter controls on information storage; one-click enable/disable function for users to enforce control. See:
https://www.theaustralian.com.au/business/technology/opinion/facebook-a-canary-in-the-data-goldmine/news-story/3ab29bf5005b512d4ad5cbfd3d1c6d88

As a result of the GDPR businesses may have a problem knowing what  information they may make the consumer divulge to the companies such as Google, Facebook and more.  Facebook has included in their company's terms and conditions, " if you don't accept these you can't continue to use Facebook". Many of us have received over the past week notices from a variety of companies saying they have updated their data protection as a result of the GDPR requirements. As a result companies, not only Facebook say if users remove their consent to collecting data, including web-browsing or location data, they may not have access to all or any of their services. See Wall Street Journal article: https://www.wsj.com/articles/stage-is-set-for-battle-over-data-privacy-in-europe-1526031104

To read the previous IAJGS Records Access Alert postings about  the European Union's GDPR, right to be forgotten, Australian  privacy issues, US privacy legislation and more go to: http://lists.iajgs.org/mailman/private/records-access-alerts/. You must be registered to access the archives.  To register go to: http://lists.iajgs.org/mailman/listinfo/records-access-alerts  and follow the instructions to enter your email address, full name and which genealogical  organization with whom you are affiliated.   You will receive an email response that you have to reply to or the subscription will not be finalized.

*************
If you've read the above notice all the way through, are you finding it any clearer? All this can be both confronting and confusing, and is certainly open for discussion.

What does it all mean for family historians .. I can only comment as a layperson. I have no more knowledge than anyone else is gathering from the media. What I am seeing is an inbox full of messages such as 'we respect your privacy', 'what we do with the data we collect from you' and similar phrases.  You will be asked to give your consent to continue receiving emails, offers, discounts, using information from particular sites, registrations for various organisations and associations, deals with companies, and so forth.

It can seem 'over the top', but all we can do just now is to decide on each individual case that presents, as to whether we wish to continue receiving communications, whether we are happy to be on mailing lists, whether we agree to having our details shared with third parties...or whatever terms and conditions are presented. Do read these messages - make your own decisions and either agree or not, stay or cancel.  You can always change your mind later, but it is up to you to be fully informed. We often complain that we have lost our privacy...now's a chance to do something about it.

Winston Churchill ordered Black and Tans into Ireland in 1920

Are you of Irish descent? Connect with your ancestors’ place of origin in Ireland today

Ed Sheeran used to busk on the streets of Galway, now he’s playing two sold out concerts there

Famous baseball player finds out who Irish parents were

Moving to Ireland: Why you should live in Dingle, County Kerry

What to expect on a Cliffs of Moher tour

Do you still have old Irish coins? $270.4m worth is unaccounted for

Week 20: Another Language/52 Ancestors in 52 Weeks  Diary of a Young Genealogist

A Stutter in the Connection  Claudia

Emily Goldsmith, Author: “She opened her mouth in wisdom and the law of kindness is on her tongue.”         Brotmanblog: A Family Journey

Down on the Farm  The Irish Aesthete

Postcards from London: Walking on the dead of Whitechapel.  The Silver Voice

Down Memory Lane | The Legal Genealogist

The wreck of the “Casino” | Anne's Family History

FamilyHistory4u: THE TWIST IN THE TALE OF TWO WILLIAMS


The Story of Susan Downey / Muldowney / Downie Before Bernadette

Peloponnese: The Castles Of Methoni And Koroni Living in Montenegro

Cascade, Iowa, USA,  from various counties in Ireland… thanks to John Mayer
USA 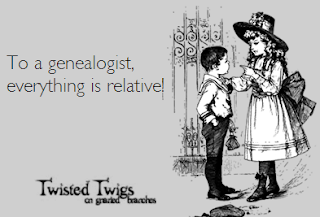