John Dorney on the 1918 Conscription Crisis The Irish Story

Are You Sure They’re Your Ancestors? This Genealogy Blunder is More Common Than Ever

Jack Leckie – One of the chosen

What happened to Dick McCansh?:-

A wedding with the wrong names:-

'You've got to get out from your comfort zone': how one family adjusted to a new life in Australia - ABC

The Keyboard of the President – Family History Matters at GSV

A day with the dead in the heart of Dublin - Livemint

Hagley residents concerned about potential sale of cemetery | The Examiner

More Irish than the Irish: The Forgotten Irishmen of Gettysburg’s Wheatfield Damian Shiels

Demise of a Steamship      Treehouse Paradise

Ireland, Alphabetical Indexes to the Townlands and Parishes 1851-1911 Browse

The changing face of funerals and the way we deal with death | Stuff.co.nz

8 of Australia’s most familiar faces discover their own pasts in Who Do You Think You Are? | Guide

Fair Use and Terms of Use The Legal Genealogist

Ireland is blooming in Spring

30 things to do in the Brisbane Region 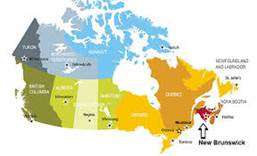 There are records that span over 100 years.

To apply for this information, adult adoptees and birth parents must complete a form and submit it to Post Adoption Disclosure Services. The forms may be found at:  https://tinyurl.com/yamg6nrr
Original url:
http://www2.gnb.ca/content/gnb/en/departments/social_development/promos/adoption.html

For information on adoption records by Canadian province see Origins Canada at:
https://www.originscanada.org/adoption-records/by-province/

Thank you to Gail Dever and her blog, Genealogy à la carte for sharing this information.

“Your father has gone to look after Patrick:” How JFK Jr and Caroline’s nanny broke news of JFK’s death

Selling my parents’ Co. Clare tavern where all the Irish music greats played

Trains will stop at refurbished Quiet Man station once more

Why Easter is such an important holiday to the Irish

Ireland's oldest and most charming pubs

Lincoln and the Irish, the untold story revealed for the first time

Thrill of the chase! Finding your Irish ancestry from the USA

The First (and Last) Woman Hanged in South Australia  Alona

PATSY'S PADDOCKS  Patsy   *One of the most impressive and interesting blogs I’ve seen...click on HOME and then wander through.

The Shattered Marriage of Ann Lovelace: Where There’s A Will #52Ancestors Week 9  larzus

Addition to Leonora, Western Australia .. thanks to Moya Sharp
http://irishgraves.blogspot.com.au/p/western-australia.html 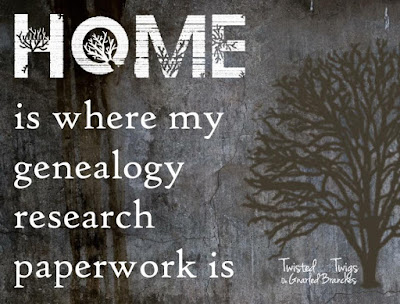