* GENERAL INTEREST
Please note, many articles are much easier to read if you use Reader. If the facility is available, you will see 4 short lines on the right hand side of the URL bar. Click on that and you will skip the ads.

Bellingen: All the things to see and do | Better Homes and Gardens

St Thomas’ Church tours part of 2018 Heritage Week | Port Macquarie News NB Past event... but interesting.. I wish I'd known about this, my parents were married there.

How to trace your Irish family history: a step-by-step guide  The Irish Times

The story of the convict who built Launceston’s Franklin House.  The Examiner

Stories behind the faces

Is your genome really your own? The public and forensic value of DNA

Touching family history remembered from the Great War | The Argus

Urunga library about to get a facelift | Coffs Coast Advocate

Bringing Order to the Solar System          Tale of Two Cherries

So Many Magazines   Oregon's Splendor

Reminder: A Blast from the Past - Ottawa’s Weather at its Worst

Half a million for Irish newspaper archive!


A collection of cemetery stories

Stepping back in time at forest cemetery | Independent Herald

1. Iowa  State Archives may now make records available to researchers without having to first obtain permissions for the State Agencies where the records originated before making them available.

2. Reduces the embargo period on state death records in custody of the State Archivist from 75 years to 50 years. As of July 1, 2018 an additional 750,000 death records will be open to researchers for the first time!

3. The state archives will be able to open State Fetal Death vital records in custody of the State Archivist for public inspection when they are 50 years old from date of death. This also opens the state registers so that the State Archives will work with its partners to image the State birth and death registers 1880-June 1904 and place them on the Internet.

4. Lays out the responsibilities of the County Registrars and State Archivist as custodians of vital records at the county and state level respectively

Iowa State Archivist Anthony Jahn has been pushing this bill for several years.
To read the new law see:
https://www.legis.iowa.gov/legislation/BillBook?ga=87&ba=HF2277

Thank you to Barbara Mathews, American Society of Genealogists representative to the Records Preservation and Access Committee for sharing this information.

Iowa State Archivist Anthony Jahn has informed me that another provision included in HF 2777 which was signed into law and becomes effective on July 1, 2018 is of interest to genealogists. Section 1, New Section 22.16 Inspection of Records - State Archives opens any record without an open date already listed at 100 years. This was included a different bill originally introduced earlier in the session It is in the same law I posted about yesterday which has birth records open at 75 years from date of birth; marriage or divorce at 75 years from date of marriage,  and death and fetal deaths at 50 years from date of death.  See:
https://www.legis.iowa.gov/legislation/BillBookga=%24selectedGa.generalAssemblyID&ba=HF2277

A bill has been introduced in the United States Senate which would prohibit the recently added question on citizenship to be placed on the 2020 US Census.  The bill, S 2580, authored by Senator Menendez (D-NJ) has 15 co-sponsors-all Democrats.  The title of the bill  is "Every Person Counts Act". The bill specifically proposes in Section 141(a) of title 13 of the United States Code, by inserting," as necessary, except that the Secretary may not include any question or otherwise elicit any information regarding United States citizenship or immigration status".
To read the bill see: https://www.congress.gov/bill/115th-congress/senate-bill/2580/text.
The US Constitution has required a decennial census since 1790. Earlier this year, at the e request of the Justice Department, the Secretary of Commerce added a question on citizenship based on their assumption it will "help enforce" the Voting Rights Act .  Between 1820 and 1950 the US Census  asked a question about citizenship.  Since the 1950 census no citizenship question has been included in the decennial census.  The question will be the same as the one asked in the annual American Community Survey. Since 1790 the US census has counted both citizens and non-citizens This was added late in the sole testing stage so it will probably will not be included in the Rhode Island end-to-end survey.
There are several states which have filed suit against the Administration over the new question. For back ground information see the IAJGS Records Access Alert .

Ireland is the happiest country in all of Europe!

Sharing memories of loved ones on EternallyIrish.com

How do you find out if you’re Irish or how Irish you are?

Top ten things to do when you touch down in Ireland

Eunice Kennedy, the Kennedy whose legacy may be the most lasting

Ireland's most popular counties and what to visit

Long journey home for an Irish emigrant after a family death

Who is your patron saint?

Bones found on Clare island may be from the 6th century

FOOD&WINE - The only banana bread recipe you need

FOOD&WINE - How to cook the perfect rib-eye steak

Wussying Out On My Crone Night  Claudia

Were James and William Beales brothers?   CLOGS AND CLIPPERS

Lemons on the Terrace | The Dusty Box  Jess

The Adventurous Alice Head Part 5 – Northam to Southern Cross 1897  larzus
(all the Alice Head stories are interesting, you might like to go back or forward as needed)

The Story of John Fullagar     Before Bernadette

Henni, we never knew you | The Legal Genealogist

Norwegian causes of death | Norwegian Genealogy and then some

MysteryMonday: A Boot in Time  elthamhistory

Spring in an Irish country churchyard  The Silver Voice

Back on Deck Geniaus

What your personal library says about you... Tales of Libraries, boxes or shelves, choose your style, books, books and more books... 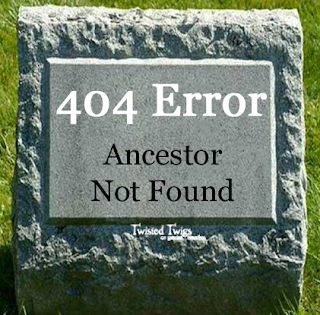