May the Fourth Be With You! Star Wars fest hits Co. Kerry

Incredible images from the Tailteann Games, the ancient Irish predecessor to the Olympics

The best pubs in the picturesque town of Dingle

After 75 years, this Marine hero who fell in battle finally comes home

Beautiful spots in Ireland that every tourist should visit

How the world remembers the Irish Famine

How did Barbary apes wind up in Ireland 2,300 years ago?

Most extraordinary Irish interview ever: Nuala O'Faolain on dying

Food & Wine: A wine lover's guide to dining out in Ireland

The Many Stone Walls of New England       Royal Cake Collectibles

Then there were two: The Genealogy Show

Ontario Making the Largest Investment in Public Libraries in a Generation

Imperialism and the Salvation Army

Car parking at The National Archives’ site in Kew

"After France fell to Germany in June 1940 in World War II, the loyalties of French colonies around the world were divided as they had to choose between loyalty to the French [...]"


'The Rum Rebellion and the Madness of Colonial New South Wales'This week on 2SER Breakfast, the Dictionary's special guest Dr James Dunk talked to new breakfast host Tess Connery about the mental health of some of the participants in the Rum Rebellion.
In 1808 in Sydney a group of colonists and officers orchestrated a rebellion against the Governor William Bligh who was attempting to limit their [...]You may view the latest post athttp://home.dictionaryofsydney.org/the-rum-rebellion-and-the-madness-of-colonial-new-south-wales

Sorry, There Are No Secret Chambers in King Tut's Tomb

The Age-Old Problem of “Fake News”

Are Museums the Right Home for Confederate Monuments?

In the Shadow of Stone Mountain

Australian Brewers Are Making Beer From Yeast Found on a Shipwreck

How Vietnam War Protests Accelerated the Rise of the Christian Right

No, the Bone of Saint Clement Was Probably Not Just Found in London's Trash


The extraordinary life and death of the world's oldest known spider  Anyone done it's family history?

Just so many ways to die | Hawkesbury Gazette

Watching Birds Near Your Home is Good For Your Mental Health

Video: In the Footsteps of an Irish American Civil War Veteran on Tyneside Damian Shiels

You don't need to use a script as the weather is ingrained in you'  Independent.ie

The wrong man in the wrong place: An Irishman’s Diary about John French

Seeking the next wave of young, regional filmmakers | The Bellingen Shire Courier Sun

Find Clues, Find Answers' With Genealogy Club, May 9 At Library The Newtown Bee

Brutality of Cork's Famine years: ‘I saw hovels crowded with the sick and the dying in every doorway’ | Irish Examiner

FREE BOOKS.. a great site especially for classics, but a lot of others as well

* GENEALOGY SLEUTHS... Can you help?

The judge of the Irish High Court, Justice Caroline Costello said, "The prejudice suffered… is potentially very grave… the data of millions of data subjects may continue to be processed unlawfully.”  The case brought by Austrian Max Schrems, challenges the technology used by firms such as Facebook, Google and Apple to transfer data outside the European Union saying the "“standard contractual clauses” (SCCs) granted by the Commission to transfer data do not give EU consumers sufficient protection from US surveillance." If this data transfer agreement is determined by the Court of Justice of the European Union to be invalid, it will affect thousands of companies who are certified under the agreement.

Facebook argues that the case is about a contractual tool endorsed by the European Commission and used by thousands of companies in the European Union. Facebook also contends that important protections and changes have been made since the case first was brought and the case does not take those changes into account. Further the Irish High Court is basing its referral on the case based on interpretation of US law that has changed. Justice Costello accused Facebook of deliberately delaying the procedure to make their bid moot as the General Data Protection Regulation (GDPR) becomes effective May 25, 2018. Evidently midway through a multi-week ruling in March 2017 she had asked if the GDPR would render the case moot.

Justice Costello concluded: “In my opinion very real prejudice is potentially suffered by Mr. Schrems and the millions of EU data subjects of the matter is further delayed by a stay as sought in this case. Their potential loss is unquantifiable and incapable of being remedied. I am of the opinion that the court will cause the least injustice if it refuses any stay and delivers the reference immediately to the court of Justice. I so order.”

The case was brought by Austrian Max Schrems against Facebook several years ago, regarding the transfer of European Union user’s data to the United States.  The case was to  determine whether European internet users’ data are sufficiently protected from U.S. surveillance. The reason the case was heard in Ireland is that Facebook's European headquarters are in Ireland and therefore, the Irish Data Protection Commission has jurisdiction.

Max Schrems is the advocate that brought the case on the issue of the "Safe Harbor"  15 –year agreement between the EU-and United States and which the CJEU invalidated the agreement affecting thousands of companies and their data transfer (October 2015). In that case Mr. Schrems, litigated against Facebook when he accused Facebook of compiling its users’ personal data in violation of Austrian and EU legislation.

To read the previous IAJGS Records Access Alert postings about  the European Union's GDPR, Safe Harbor Agreement, and Privacy Shield Agreement, Schrems' litigation against Facebook  go to: http://lists.iajgs.org/mailman/private/records-access-alerts/. You must be registered to access the archives.  To register go to: http://lists.iajgs.org/mailman/listinfo/records-access-alerts  and follow the instructions to enter your email address, full name and which genealogical  organization with whom you are affiliated   You will receive an email response that you have to reply to or the subscription will not be finalized.

The (US) National Archives has redesigned its Museum website to better meet its visitor needs.  The intent is for the visitor to get information they want in one click or less. Mobile devices are very important as over 40 percent of the visitors access the Museum website on a mobile device, therefore the website was optimized for such use. The website is: https://museum.archives.gov/

To read more about the redesigned Museum website see:
https://narations.blogs.archives.gov/2018/05/07/one-click-or-less-redesigning-the-national-archives-museum-website-to-better-meet-visitor-needs/

On June 16, 2017 the Quebec Assemblée Nationale passed Bill 113, An Act to amend the Civil Code and other legislative provisions as regards adoption and the disclosure of information. It becomes effective on June 16, 2018. It is: Chapter in the annual volume of the Statutes of Québec: 2017, chapitre 12.  The bill may be read at: http://www2.publicationsduquebec.gouv.qc.ca/dynamicSearch/telecharge.php?type=5&file=2017C12A.PDF

The website is also in French and can be accessed also at http://www.assnat.qc.ca/en/travaux-parlementaires/projets-loi/projet-loi-113-41-1.html  and clicking on "Français" at the top next to the contact us bar.

The new law, when it goes into effect, will allow social service agencies to share information found in adoption files held in regional agencies throughout the province. Adoptees will have the right to know their original first and last name—not access to their full file. If the biological parents have been deceased for one year or longer, then their first and last names will also be available. If the parent has not been deceased for at least one year then the adoptee must wait until the year from death before being granted access to the parents' names.

If both the birth parents and the adopted child want to learn about each other's identity and medical records and establish contact that becomes permissible only if both parties agree and it has not been vetoed access. Both parties are able to register a veto within 18 months of the law passing or for future adoptions, within a year of the child's birth. If a veto is registered the file remains closed and contact not possible. Minors' identification will not be disclosed until the minor reaches age of a majority or they decide otherwise.

Children and grandchildren of an adoptee who had died are not eligible for access to the file.

Information on researching adoption and biological history, biological parents or about an adopted biological child may be found  in English and French at: https://tinyurl.com/ybb6voyf
Original url:
http://sante.gouv.qc.ca/en/programmes-et-mesures-daide/rechercher-de-l-information-sur-ses-antecedents-sociobiologiques-sur-ses-parents-biologiques-ou-sur-son-enfant-biologique-adopte/

Thank you to Gail Dever and her blog Genealogy à la carte for informing us about the new law and its provisions.

All you knead is love: Nellie Baker  chasingskeletons

The Richness of Greek Embroidery  TextileRanger

The Origin of Mother’s Day in Australia  Lonetester HQ

Why you should hear it live!  Susie Zada

The Sad Story of Kate Quilligan: Orphan in the West, Inmate in the East - Irish in the American Civil War 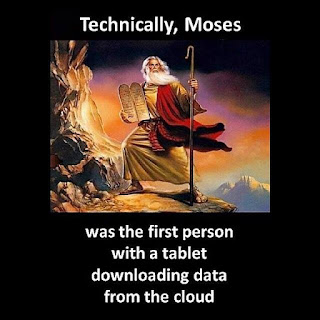