24 April – centenary of the second battle of Villers-Bretonneux

25 April – Anzac Day
You can stream the ceremonies daily via YouTube and Facebook.
A Matter of Trust  exhibition

Behind the scenes with ‘Who Do You Think You Are?’ ancestry.com.au

The Caldwell Brothers – a soldiers story


“I was to Him like a Brother”: Bonds between Irishmen in the Civil War  Damian Shiels

The Archive Lady: Should I Keep the Envelope? - Abundant Genealogy

Enchanting Art Carved From Old Books             The Afterlife of a Hearse

Tracing Our Roots: Want to walk on the land of your ancestors?          Star Local Media

30 things to do in the Brisbane Region

Part 2: How some land records are arranged and described   Queensland State Archives

Advance Notice: Jean Wilcox Hibben at Watertown and the storm of March 1888

As previously written about on the IAJGS Records Access Alert, the New York City Department of Health and Mental Hygiene (NYCDoH&MH) promulgated a new regulation imposing restrictive embargo periods for when they transfer birth and death records to the Department of Records and Information Services (DORIS) which includes the municipal archives. The embargo dates are 125 years from date of birth and 75 years from date of death. Existing records that were previously transferred to DORIS are not affected.

Despite over 5,000 comments in opposition, and only two in favor: New York State Department of Health and, the National Association for Public Health Statistics and Information Services (NAPHSIS), they went forth with their original proposed rule.  NAPHSIS is the organization that has promoted the 125/75 year embargo dates as part of the 2011 Model Vital Statistics Act which has never been approved by the Federal government.

NY-RPAC is collecting stories from researchers on how changes to the accessibility of New York’s records will impact you. Go to the NY-RPAC website to find out the types of stories and how to submit: https://nyrpac.org/share-your-story/

NYCDoH&MH has issued another proposed rule, in part in response to the 5,000 comments in opposition to the first rule, expanding certain family members access to death records and birth records for deceased persons. While this is definitely a positive step it does not go far enough, as certain relatives are not included, such as step children, step –parents etc., nor are researchers.

The NYGBS has a new action plan to let the NYCDoH&MH know that while this amendment is an improvement greater access is desirable.
Go to: https://www.newyorkfamilyhistory.org/nyc-vital-records-access and see what you can do!
·        Sign a petition
·        Submit a statement  by 5:00PM April 23
·        Attend the hearing on April 23, 2018

NYGBS is holding a Facebook event, tomorrow, April 10  10:00AM-2:00PM EDT
https://www.facebook.com/events/208766509716830/
Not on Facebook? Anyone can watch by visiting https://www.newyorkfamilyhistory.org -  NYGBS will have a link right to the broadcast on their home page.

To read the previous IAJGS Records Access Alert postings about the NYCDoH&MH go to: http://lists.iajgs.org/mailman/private/records-access-alerts/. You must be registered to access the archives.  To register go to: http://lists.iajgs.org/mailman/listinfo/records-access-alerts  and follow the instructions to enter your email address, full name and which genealogical  organization with whom you are affiliated   You will receive an email response that you have to reply to or the subscription will not be finalized.

On February 28, 2018, the Canadian House of Commons Standing Committee on Access to Information, Privacy and Ethics released its report, Towards Privacy by Design: Review of the Personal Information Protection and Electronic Documents Act (PIPEDA).  The recommendations are heavily influenced by the European Union's General Data Protection Regulation (GDPR). To read the report see: http://publications.gc.ca/collections/collection_2018/parl/xc73-1/XC73-1-1-421-12-eng.pdf
You then have the option to read it in English or French.

One of the recommendations is to explicitly provide for an "opt-in" consent as the default for any use of personal information for secondary purposes with the view of implementing a default opt-in system regardless of purpose.
Ed. Note: Some years ago Canada adopted an "opt-in" for release of Census information after 92 years. The number of Canadians signing to "opt-in" was low and therefore permit future generations to see their censuses information was diminished. It was only last year that this was reversed. While this proposal is not designed to  address the census, it is something to watch as census may be "swept-up" in the overall description of what will be considered personal information and  "secondary purposes".

Another of the items is whether Canada's The Personal Information Protection and Electronic Documents Act (PIPEDA) should be amended to include the "right to be forgotten" via two approaches: (a) the right to erasure; and (b) the right to de-indexing. The right to erasure involves the right of an individual to have his/her personal information deleted from a website; de-indexing involves the mere de-referencing or de-indexing of such website from search results that include the individual’s name (while leaving the source documents themselves in place). The committee recommended: that individuals should have the right to have their personal information removed when they end a business relationship with a service provider or when the information was collected, used or disclosed contrary to PIPEDA. The Committee recommended that legislators look to the GDPR as a model as a means of clarifying the scope of such a right.  As a minimum the committee concluded that young people should have the right to have information that is posted about them. The committee recommended: consider including a de-indexing framework in PIPEDA and that the right be expressly recognized in cases related to personal information posted online by individuals when they were minors. They also recommended that PIPEDA should be amended to include a clear definition of what is meant by the “destruction” of data, especially in contexts where complete destruction may be impractical (such as where traces of data may be stored in back-up storage).

The committee report also explored introducing, "privacy by design" into PIPEDA.  This is to ensure privacy considerations in product development.

This is complementary to the recent Office of Privacy Commissioner draft policy position, Reputation and Privacy, which recommends de-linking among other items.  The deadline for comments on that report is April 19. This was reported on previously in the IAJGS Records Alert. That report is found at:
https://www.priv.gc.ca/en/about-the-opc/what-we-do/consultations/consultation-on-online-reputation/pos_or_201801/#heading-0-0-1

To access the previous postings the right to be forgotten, Canada's Office of Privacy Commissioner  Draft report  see the IAJGS Records Access Alert archives at: http://lists.iajgs.org/mailman/private/records-access-alerts.  You must be registered to access the archives. To register for the IAJGS Records Access Alert go to: http://lists.iajgs.org/mailman/listinfo/records-access-alerts  You will receive an email response that you have to reply to or the subscription will not be finalized. It is required to include your organization affiliation (genealogy organization, etc.)

How Guinness trademarked the symbol of the harp before Irish government

Patrick Dooley died on the Titanic, he'd visited his dying father in Ireland

Fancy thief downed $1,200 Irish whiskey shot and skipped out on the bill

Traveling in Ireland you're never alone

11 places in Ireland you have to visit


* Before Bernadette        The Story of Patrick O'Donnell

*  K is for Kenneth  Anne Young

Why Waste Time and Money Researching Your Family History?
PastToPresentGenealogy

How did Harriet find her family?  Clogs and Clippers

Last Clare Roots Society meeting of the Season, 19th April 2018 8pm Old Ground Hotel,  Brian McMahon, the pioneering Shannon Scheme of the 1920s/30s and later in the 1940s to 1960s with the Rural Electrification Scheme. 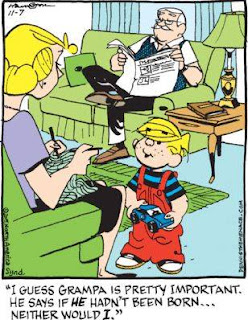