Drifting from Rift Valley: Genealogy more than history reminds us that we all came from the same place and were once black

Putting together the pieces of Hellenic identity | Neos Kosmos

The onset of Alzheimer's disease: The importance of family history -- ScienceDaily

The Great Goldfields Flood of 1948 – a verse

Gold in Them There Placenames – An Irishman’s Diary about Tullybuck, Toponymy, and the Schools Folklore Collection

To Keep Up With Its Growth, Singapore Has a Grand Plan To Expand Underground

Thousands of Photographs Created These Hyper-Real Portraits of Historic Buildings

These Musical Instruments Are All Made of Ice

Does Pyeongchang Have a Future As a Winter Sports Destination?

Didn't get that broadband speed you were promised? That could soon be illegal - ABC News

FREE British and Irish Records | Trace Ancestors | Findmypast  Not new, but worth repeating

King of the battlefield: artillery and the First World War

Depicting the enemy: Australian drawings and paintings of the Japanese soldier

Defending Amiens: the AIF in the German Spring Offensives of March And April 1918

Domestic duties only? WRNS and the First World War

The Firbolg: The Ancient Ancestors of the Irish!

Bi-partisan legislation was introduced this month in the US Congress, HR 4929 and S 2374—which are companion bills- meaning  they are identical. The bills' names are: Stopping Improper Payments to Deceased People Act (https://www.congress.gov/115/bills/hr4929/BILLS-115hr4929ih.pdf   and https://www.congress.gov/115/bills/s2374/BILLS-115s2374is.pdf.  As of February 24 there are 11 co-sponsors for the House bill and 4 co-sponsors for the Senate bill. Similar legislation was introduced in the previous Congressional session.

An analysis of the bill was performed by Barbara Mathews CG, FASG, who is a member of the Records Preservation and Access Committee (RPAC) of which IAJGS along with the Federation of Genealogical Societies (FGS) and the National Genealogical Society (NGS) are sponsoring members and other genealogical umbrella organizations are supporting members. This is a summary of Barbara's analysis:

The bills have five sections.

·         The first section alters the Social Security Act under Use of Death Certificates to Correct Program Information. This part seems to make sure that states report deaths to the SSA commissioner and that states get paid for doing this. It also mandates that this information be available for use by federal agencies. Unlike the current federal program providing access to the three most recent years of the DMF under a certificate program states that information found on the DMF can’t be shared with others, this legislation states that agencies “may disclose comparison information [between their records and the DMF] as appropriate…” This will be repealed in five years.

·         The second section alters part of the Internal Revenue Service code in the section on Availability and Use of Death Information. I believe this section is a response to NAPHSIS concerns. It says that it is permitted to share death information from state-submitted death certificates with federal agencies. The phrase is “except that such contract [with the state] may provide that such information is to be used by the Social Security Administration (or any Federal agency) for purposes authorized in the Social Security Act or this title.” States did not want their submitted information shared –this mandates sharing within federal government although not outside it.

·         The third section sets up timelines for implementation as well as a reporting procedure to monitor how this legislation impacts payments.

·         The fourth section deals with making the death data accurate. It identifies areas of concern such as individuals older than 112 years, identifying living people incorrectly included, and dead people who are incorrectly excluded. [Genealogists know that this file was always meant to include people who had payments, but not necessarily all dead people. This fact seems to be lost here.]

·         The final section mandates a report within 90 days on information security within SSA.

The potential that these bills have is to eliminate the individual (e.g. genealogists) from accessing the DMF/SSDI following the original three-year embargo placed when the Congress passed the Bi-Partisan Budget Act P.L. 113-67 in December 2013.

History
The U.S. Congress enacted the Bi-Partisan Budget Act P.L. 113-67 in December 2013. Section 203 was of major concern as it limited access to a limited number of data elements in the Death Master File (DMF), commercially known as the Social Security Death Index (SSDI) whose commercial version is known as the Social Security Death Index [SSDI]. Those not certified by the Secretary of Commerce were required to wait three years from the date of death to be able to obtain the information.  The three years are up and rather than granting access to those who waited, the new legislation further restricts access. The DMF is used as a deterrent for identity theft as it lists those who are deceased and if used by government and commercial entities to look to see if someone is listed it would prevent fraudulent use of a deceased's Social Security number.

The European Union's (EU) Court of Justice ruling in May 2014 established the "right to be forgotten" allowing Europeans to ask search engines to "delist" information about themselves. Search engines make the determination whether or not to delist if the information is "inaccurate, inadequate, irrelevant or excessive" and whether there is a public interest remaining available in search results.  Search engines make their information available in "transparency reports" to let the public know the number of URLs submitted, the number delisted and not delisted.  Google is by far the largest search engine in the European Union exceeding 90 percent of the market- with variances by country.  Genealogists and others rely on search engines to find articles to assist them in their family history research.

Google has recently released its most recent transparency report. This report added new data going back to January 2016. The additional information includes a breakdown of requests by:

To read the blog posting about the report see: https://www.blog.google/topics/google-europe/updating-our-right-be-forgotten-transparency-report/

To read the report see: https://transparencyreport.google.com/eu-privacy/overview

Google has also posted a draft of the new research paper, Three Years of the Right to be Forgotten which may be read at: https://drive.google.com/file/d/1H4MKNwf5MgeztG7OnJRnl3ym3gIT3HUK/view

The Washington Legislature proved that if they want to act quickly then can! They introduced a bill to limit access to public records on February 22 and passed it on the 23rd where it was sent immediately to the governor's desk for signature! There was no debate on the new law, and in both chambers the bill was pulled directly to the respective chambers' floors with no committees review. The new law –once the governor signs it—becomes effective July 1, 2018.

The new "law" removes the Legislature from the state Public Records act and set new guidelines for the disclosure of some laws.  SB 6617, http://lawfilesext.leg.wa.gov/biennium/2017-18/Pdf/Bills/Senate%20Passed%20Legislature/6617.PL.pdf#page=1. While enactment was not unanimous it was overwhelmingly in favor.

Recently, a Superior Court ruled in favor of media groups who had argued the lawmakers had "illegally been withholding documents such as emails, daily calendars etc." and ruled that state representatives and senators and their offices are agencies subject to the Public Records Act.  The legislature is appealing the decision but decided to do "end run" by passing the new legislation. The law officially removes the legislative branch for the state's Public Records Act. It will allow release of some correspondence and some "specified information" form lawmakers' calendars and final disciplinary reports.
See:  https://www.seattletimes.com/seattle-news/washington-state-lawmakers-introduce-bill-to-circumvent-public-records-ruling/
And
https://www.seattletimes.com/seattle-news/politics/without-debate-state-senate-approves-open-records-bill-that-keeps-many-lawmakers-records-closed/

Paddy Moloney on 55 years of life with The Chieftains

St. Patrick’s Day pilgrimage in Connemara - the trip of a lifetime

A million years of Irish history in one single photo

Where does Ireland fall on the list of countries with the best work/life balance?

Gold worth an 'exceptional' $667m has been discovered in Ireland

FamilyHistory4u: The Tale of Two Williams and The Importance of Genealogical Evidence.

Postcards from Dublin..while waiting for the train  The Silver Voice

The Story of John O'Donnell Before Bernadette 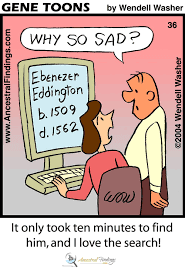