No, You DON'T Need a Paid Subscription to Do Genealogy Research

One-quarter off a 12 Month Subscription for RootsIreland for a limited time.*
http://www.rootsireland.ie.


National Day of Action against Bullying and Violence

How NOT To Search For Your Ancestral Line & Still Manage To Find Them: Steps 1 & 2    Ancestry

How to trace your Irish family history: a step-by-step guide   Irish Times

The Burke and Wills Expedition by Dean Prangley by RHSQ | Mixcloud

What's on, special events, stories from I Love Bello Shire

The Murder of William Smith O'Brien

Predicting places from names in the UK

The Tragedy of Cattle Kate

Wreck of Aircraft Carrier U.S.S. Lexington Found 76 Years After It Was Scuttled in Battle

Podcasts: Reformation on the Record: Suzannah Lipscomb on Henry VIII and the break with Rome

Big Ideas Series: In Their Own Write: Welfare, Discipline and Pauper Agency in the Nineteenth Century

On October 24,2017 the New York City Department of Health held a hearing on their proposed rule to transfer birth and death records to the Department of Records and Information Services (DORIS) < Municipal Archives>. The Department has posted their final rule to be adopted next week which states: "on January 31st  of the year following 125 years after the date of birth, and a death record will become public on January 31st  of the year following 75 years after death."  The schedule of transfer also precludes the transfer of records to DORIS that are still subject to amendment by the individual to whom the record pertains, the Office of Chief Medical Examiner, the courts, or family members. Despite that 31 people testified, numerous submitted written comments and 3,884 signatures to a petition consisting of a total of 5,028 written comments the Department's final rule has NOT changed the proposed amendment to Article 207.

We received the information from the New York Genealogical and Biographical Society who did the phenomenal job of coordinating the thousands of responses mentioned above.  They believe the March 13 meeting will be Tuesday, March 13, 2018, at 10 AM at: Gotham Center, 42-09 28th Street, 3rd Floor, Room 3-32, Long Island City. As best they can tell the meeting is NOT an open hearing.

Only the New York State Department of Health and the National Association of Public Health for Public Health Statistics and Information Systems (NAPHSIS) were in support of the proposed rule.  The 125 year embargo for birth records and 75 year embargo for death records are from the 2011 Proposed Model State Vital Statistics Act, endorsed by NAPHSIS, even though the federal government put the proposed revision "on hold".   The IAJGS Records Access Alert has commented on in previous postings and suggested you watch your own state legislatures and regulatory bodies in case they attempt to adopt these provisions.

The Department says will propose separately, as a result of the comments, amendments to the Health Code to expand the categories of qualified applicants who may access birth and death records before the records are transferred to DORIS. What they have shared thus far regarding the expansion of qualified applicants are direct descendants and other close relatives NO further  information was included in the above-referenced notice.  When more information is available, it will be posted on the IAJGS Records Access Alert. It may be a LONG time before we hear anything more on this proposal.

Under current rules only the named person or their parent/guardian may obtain a birth record from the NYC Department of Health and Mental Hygiene.
Only the following are currently permitted to obtain a death certificate:
WITH confidential medical report:

On March 13 the New York City Department of Health and Mental Hygiene officially adopted their proposed regulation on Access To Birth and Death Records With Original Access Years of 125 for Birth and 75 for Death. This was mentioned in the IAJGS Records Access Alert posted on March 8, 2018. The final regulation  may be read at:
http://www1.nyc.gov/assets/doh/downloads/pdf/notice/2018/noa-amend-article207.pdf

Joshua  Taylor, President of the NY Genealogical and Biographical Society (NYGBS)  reported to their members this morning about the meeting earlier today.  The report may be read at:
https://www.newyorkfamilyhistory.org/blog/new-york-vital-records-access-update-official-vote.

As Josh mentioned in his posting,  the NYGBS convened a broad-based coalition of local and national genealogical organizations regarding next steps, which met yesterday by conference call. IAJGS is represented in the coalition by two members of the IAJGS Public Records Access Monitoring Committee, Teven Laxer and myself; and the presidents of the JGS NY and JGSLI and past president of JGSLI.  In addition, members of the coalition attending yesterday included the chairperson of the Records Preservation and Access Committee (RPAC), a representative from the Federation of Genealogical Societies; NYC APG Chapter President, chairperson and other board members of Reclaim the Records; German Genealogy Group and the Italian Genealogy Group.  When plans are finalized and we are able to share more details we will.

The National Archives of Australia has announced it will reduce staff by 40 jobs in two years due to budgetary pressures.  The goal is to reach a staff of 320 persons by 2019-2020. While it could reach this goal by natural attrition it admits it might use "voluntary redundancies" to reach the goal.

The Director-General of the archives, David Fricker said it. " is only because of the budget being reduced that they must look  constantly across the services we provide and ask how we can do 'less with less".  The  cutting of jobs coincided with the need to create new roles to develop its digital capabilities.

The Australian Bureau of the Census will also face a staff reduction of 100 or more positions.

To access the National Archives of Australia go to: http://www.naa.gov.au/

At the time of this posting there was nothing on the website regarding the staff reductions.

The IAJGS Records Access Alert has been writing about the European Union's General Data Privacy Regulation (GDPR) for several  years. It becomes effective May 25, 2018.  We have already noted one archive—Netherlands- has removed from the Internet its Family Cards collection under advice from their consultant about the upcoming GDPR.  Today, we are reporting that Oxford Ancestors is withdrawing from the direct to consumer genetic marketplace. Oxford Ancestors was the first company to test mitochondrial DNA outside the academic environment available to the public.  The data base will remain online for a few months—but with the GDPR becoming effective May 25 it may go down before that date.  The founder of Oxford Ancestors,  Dr. Bryan Sykes is retiring and moving out of country.

To read the announcement see:
http://www.oxfordancestors.com/component/option,com_frontpage/Itemid,1/

Unique memorial service offers an Irish home for all eternity

Stepping into history on the island of Inisheer

American St. Patrick’s Day traditions that aren't Irish at all

Glory of Galway - the peninsula of Renvyle

Coming home to Cork and finding my great grandfather

Will you be going green for St. Patrick’s Day?

a number of posts about the recent very successful Sydney Congress

A Sense of Community  Geniaus

The Story of Caroline Penelope Browning Before Bernadette

The Story of Margaret Farrell  Before Bernadette

Cairns.. regional Qld  thanks to J.C.

Please note BIOGRAPHIES has a heap of information, with research and personal stories… even requests for help. If you can add anything to these stories, etc. than please contact me. My email address is in ABOUT ME on every one of my blogs. Thank you, Chris

Thanks to Paul O'Brien... various newspaper clippings from Irish newspapers 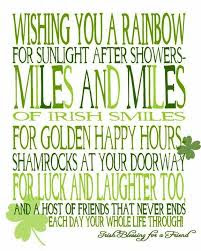