Why on Earth should we keep exploring space? ABC News

This week why not   The Times  Co Laois genealogy workshop plus...

*From Ancestry On The Record:

Parent Relationships now shown on each person! There are 8 types of relationships that can be set for parents when you Edit Relationships.  Those are Biological, Adopted, Step, Foster, Related, Guardian, Private and Unknowns.

- All parent relationships now display in the Family Column on each person- When available, click Additional Parent Relationships to view more.  See a sample here

* Convicts Guide | NSW State Archives  One of my favourite links

* How to Save Money at RootsTech London The Frugal Family Historian

*  Unbelievable?  A MUST READ Anglo-Celtic -Connections

The British do buy passes for a conference with classes

I Love Bello Shire incl.  BCAC supporting our creatives for more than 20 years

Brisbane Writer's Festival  incl. Volunteer with us   apply before 12 August

The southern marsupial mole is preposterous, even by Australian standards

Yarrangobilly thermal pools are a must-do this winter

A new occasional section for you...

Australian Society of the Lacemakers of Calais

What Should We Do about Our Aging Prison Population?  USA

With Social Media, Everyone's A Celebrity     The Myth of Blubber Town, an Arctic Metropolis

Will the U.S. Ever Catch a High-Speed Train?      Meet the Man Behind the Peony

How Does the Body Make Vitamin D from Sunlight?

Hilary Haydon, Brother At The Charterhouse   Forty Years At The Golden Heart

At The Canal Club ... can it be saved?     Hilary Haydon, Brother At The Charterhouse

The Animals Of Georgian London

Added and Updated Record Collections at FamilySearch.org - Week of 14 to 20 July 2019

Taking Out The Trash – Italian Style    How is it where you live?

Black death comes to a Berkshire village in 1603

The muster rolls are the official lists of enlisted sailors from 1861 to 1879.  The muster roll data provide not only the names, birthplaces, ages, discharges, and physical description of enlisted seamen but also information on contraband sailors.

If you are looking for ships’ muster rolls for later years you can help:  The National Archives will digitize thousands of Navy logbooks containing new-to-science ocean and weather data as well as the names of ship’s officers and other details of daily shipboard life. After the digitization of the logbooks is complete, the Archives and NOAA will call upon citizen archivists, genealogical researchers, and climate scientists to help transcribe information from the logbooks and muster rolls into digital formats usable by computers. Citizen archivists can now transcribe this muster roll data from the catalog.

In 2018, it became known that the StaatsArchiv Hamburg did on the unconscionable destruction of over one million death records from 1876-1953.  This was taken very seriously and IAJGS amongst others wrote to various Hamburg officials. IAJGS received a response from Dr. Carsten Brosda, Free and Hanseatic City of Hamburg Minister of Culture and Media.  In the letter he acknowledges that the State Archives reviewed their actions and concluded their decision to appraise the series was "flawed". "Both the Ministry for Culture and Media and the State Archives were going to hold  discussions with historians and researchers on the matter.

The August 1 edition of the Archiv Journal is devoted to this archival records tragedy-where they do call it an error.  This includes the discussion with the archivists and researchers.

A translation of the article names and authors are:
Udo shepherd
Jessica von Seggern

certificates of death
Ingo Will

The Journal is in German with other language link. However, if you have patience you can use an online translation service such as:
https://www.deepl.com/translator or https://translate.google.com/. Each have their limitations but you will be able to get  the gist of what they are saying. I have not translated any of the articles.

Thank you to Jeanette Rosenberg, JGS Great Britain and JewishGen’s GER-SIG for informing us about the journal article.

The National Archives of Australia (NAA)  are racing to digitize their magnetic tape collections before 2025 when it will become impossible to find working tape playback machines. This is not a problem unique to the Australian archives. Tapes can only be read by format-specific machines, unlike film.  The heads on the machine readers have a finite number of hours before it needs replacement, During the latter half of the 20thcentury many archives created magnetic tape files, using Betamax versions.  In 2016, Sony announced they would stop making Betamax tapes. The machine readers used by the NAA are obsolete and have not been manufactured for years.

“The only advice I can give to people is be Irish!” Battle of Britain pilot celebrates 100 years

Life of High King Brian Boru to be major US miniseries

What are concentration camps, and have they really come to the USA?

The Claddagh community of Galway and its lasting traditions

Best pubs and restaurants in Ireland, according to you!

Meet the Irish American who just sold 250,000 copies of the Mueller Report

Remembering writer of "When Irish Eyes are Smiling" on his birthday

Where to find the finest coastal scenery in Ireland, without all the tour buses

Annie Moore was the first immigrant through Ellis Island in 1892

Born and bred in Dublin, let us show you around our town

Remarkable footage of the Cliffs of Moher in 1957

Why 1969 was the craziest year in Irish American history

Five of the most important females in Irish history

WATCH: Irish man reunites with American tourist he saved from drowning over 50 years ago

The first assassination carried out by Michael Collins's 'Squad'

Riverdance triumphantly returns to the stage in Dublin

Ulysses S. Grant, the first US president to ever visit Ireland, died on this day in 1885

These are the most picture-worthy spots in Dublin

WW1 Victoria Cross begins a journey back to Ireland.  The Silver Voice

The Broderers Of St Paul’s  The Gentle Author

How I Solved It: From DNA to Nellie Drag  Applegate Genealogy

The Story of James Hukins   Before Bernadette

Today I Want to Be a Poet  Claudia

Book Review: What Empty Things Are These by Judy Crozier

The Prettiest Horse in the Glue Factory  Corey White

Use It or Lose It  Paul McIntyre

MALLALA
With thanks to Andrew Shillabeer

HALL
With thanks to Tracie Nanna Regan

BOURKE, GANMAIN, WARREN
With thanks to Tracie Nanna Regan

MAYS HILL
With thanks to Noelene Harris

SOUTH HEAD CEMETERY, Vaucluse
With thanks to Noelene Harris


Confessions of a Bibliophile 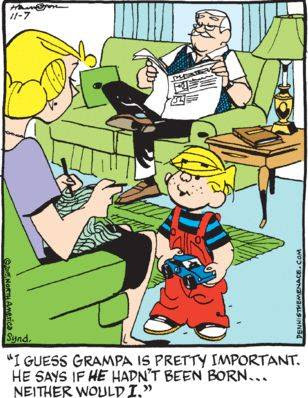