It was like a library being burned to the ground, but these oral histories are bringing it back - ABC News

Virtual Exhibition At The State Library Of Victoria : THE PETITION 1853 Pandora

The Angels of Bataan: The World War II Nurses Who Survived Three Years in a Japanese Prison Camp | A Mighty Girl              Thanks to Meryl Naismith

I work with language every day, but I don't know the words my ancestors spoke - ABC News

A devil of a cure | The Quack Doctor

Discover and download over 30,000 original 78rpm records in this archive

Dictionary of Sydney..... The Stolen Girls

School in Tasmania during 1800s was cold, crowded and six days a week - ABC News

Irish Names and Surnames  Library Ireland   thanks to Christina Hunt

Calling all Geneabloggers Going to DNA Down Under  Alona Tester

Australian Convict Transportation Records 1791-1868 - Ancestry.com.au
Do you have convict ancestors? This collection contains more than 122,000 records of convicts that arrived between 1791 and 1868 (not including the Third Fleet) and may include details of the date & place of conviction, term of sentence and departure date

Harry Potter star Radcliffe unearths tragic Northern Ireland roots on Who Do You Think You Are?

Family History and a Full Tree. What Now?

Finnish Culture and Your Finnish Heritage

What Was Life Like for My Ancestors?—Brad Westwood at RootsTech 2019

Summertime Reading for the Family Historian  What do these people have in common?

Should the Moon Landing Site Be a National Historic Landmark?

The Downfall of the American Cowboy    How Language and Climate Connect

Will You Ever Fly in a Plane Propelled by Plants and Seeds?

The Intimacy of Crime Scene Photos in Belle Epoque Paris


State and society: cultures of communication Thursdays in July and August | Free

I Love Bello Shire incl.    Featured Events and What's On

Added and Updated Record Collections at FamilySearch.org - Week of 7 to 13 July 2019

Create your own secret place (and this one..)

A Father’s Day Reunion      Like Something Out of a Movie

Branches On Our Haimowitz Family Tree

The Heart Of A Dear Friend

A  child born in the Spring of 2019 was not registered, which is required under the Birth and Death Registration Act of 1953 whose purpose is to create a public record relating to all births and deaths in England and Wales.  It requires that every birth of every child born in England and Wales to be registered by the registrar of births and deaths. The law also stipulates who are qualified to give the birth information, which includes both mothers and fathers as well as any person having charge of the child. The father is opposed to registration, the mother is not prepared to register the child but is not opposed to someone else registering on her behalf.

The social services department has the responsibility for the baby's welfare and it is that organization which asked the high court to intervene once the man and his partner (which are not identified for legal reasons) failed to register the birth.  The father and his partner are being assessed for parenting skills, before the child's long-term future are made. The father's behavior before a family court judge resulted in a prison sentence for him and his partner.

The judge ruled it was in the best interest for the child to be have his birth registered in order for him to be recognized as a citizen and entitled to benefits of citizenship.

The father's "unique" belief is that when a child is registered it "becomes an asset to the country" and therefore his son will become controlled by a State which he perceives to be authoritarian and capricious.  The father regarded registering a birth as the equivalent of making an entry on to a ship’s manifest.

To read an article on this unusual case about birth certificates see:
https://www.theguardian.com/uk-news/2019/jun/23/man-refused-to-register-sons-birth-high-court


Delaware HB 114 was amended from extending embargo periods for birth, marriage and death records to increasing the embargo period for marriage records only- and then only for ten years.  Under the new law, marriage records are now embargoed for 50 years. Additionally,  the law requires an analysis of any further embargo enlargements as well as the granting of limited disclosure.  The bill was signed by the governor on June 26th.  The more palatable bill is due to the work of the genealogical community and Senator Stephanie Hansen who is her family genealogist.  When the bill was passed out of its original house of origin, the House, it had embargo periods for birth records from 72 years to 80 years for date of birth and from 40 years to 50 years for death and marriage.

Senator Hansen is facilitating a meeting of interested parties, including the genealogical community, the county clerks of the peace and the office of vital records to discuss the issue of what information should be able, when, how, and by whom.

To read the new law see: http://legis.delaware.gov/BillDetail?legislationId=47308 and click on final/engrossed bill text or see attached.

Yes, you should be visiting Ireland for the food

This map shows where all the O’Neill clan live

What happened to the Irish girl in this 1927 National Geographic photo?

Would you eat Irish moss seaweed pie at the Potato Museum in Canada?

This Irish group's Tiny Desk Concert will amaze you

WATCH: Irish granny dancing to Despacito is the best thing on the Internet

The history behind Ireland’s ancient Druids

How to have an Irish summer without leaving the States

Did you know Kerrygold was almost named Leprechaun?

Castle Roche is most certainly one of Ireland's historic hidden gems

Ireland has been named the Best European Destination for Groups

The most hated people in Irish history

On This Day: Douglas "Wrong Way" Corrigan "accidentally" flies to Dublin instead of California

Sweet Summer, let these Irish desserts take you to heaven!

Home Is A Web of Connections   Janet


Battle of the Bellmen | The Dusty Box

Behind the Pen – A Few of my Favourites with Kate Forsyth

Book Review: After the End by Clare Mackintosh

The Woman in the Window  A. J. Finn  Find Out More

Book of the Week: Devil's Lair by Sarah Barrie

The Last Widow by Karin Slaughter


SOUTH AUSTRALIA
https://irishgraves.blogspot.com/p/south-australia.html
ARTHURTON CATHOLIC
With thanks to Rika Cable
WEST TERRACE, Adelaide
With thanks to Mike Stanley 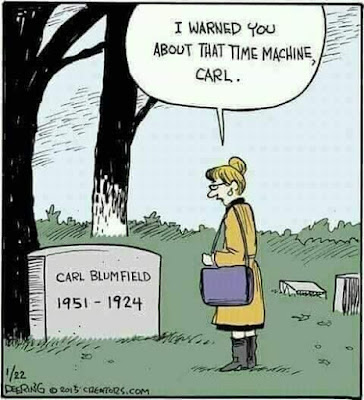