Australian Imperial Force – What the average Anzac took into service with him and what he brought home – Ancestry.com.au Blog

WWII records to be digitised. announcement via a joint release from Prime Minister Scott Morrison and Minister for Veterans' Affairs Darren Chester

Can the popularity of tiny homes provide a solution for older women facing homelessness? - ABC News

“Secrets of the Nire,” the Rightful Royal Family of the Celtic Isles    PR Web

Modern tribes: the amateur genealogist | Life and style | The Guardian

Old Photos Are Not Worth Anything - Missy Mwac

Stephen McGann: ‘My lot walked, my lot starved’ | The Guardian (Dr. Turner from Call the Midwife)

Read How Hurley Came to the Library

Visit Canberra    incl.  Get the most out of your visit to Canberra on a tour     The definitive gallery guide for Canberra

A lifetime of service for Australia

'Sign up for Judy Webster's infomative and free newsletter at   http://www.judywebster.com.au/subscribe.html'

Webinar - Tracking down your ancestors in Ireland 6 May 8-9.00am Pauleen Cass

They've now added another function to the indexes. After performing your search, you can download the top 100 results by clicking on the Download link at the top of the search results. This will create a csv file which you can then save to your computer and each row contains full details of an index entry as well as a link you can use to later view the details online and purchase the historical certificate.


Introduction to Norwegian probate records  Norwegian Genealogy and then some

Lonely Planet Norway – Travel Guide    Norwegian Genealogy and then some

The Greatest Polo Match – a verse

The New Legacy of Casimir Pulaski

Far From Home in Canada

How to find your Liverpool ancestors for free

New Records on FamilySearch from April 2019

The ‘founding mothers’: the little-known story of Australia’s convict women

Meet the tiniest rock-wallaby on Earth

This delicate little treeswift is the best mum

Sunda pangolin mum with her pangopup

Meet the mother-daughter duo who climbed Everest together

'Lawn you can eat’: Native alternatives to garden staples

A short history of female filmmaking in Australia

The wildflowers of WA

The most heroic Aussie female adventurers

Family history across the seas...

and the last of this interesting series... Zany, Quirky or Weird?

Yo-yos a shortbread variety         and the last in this great series... Zucchini slice

Collecting the resources    Signs of the times      Keeping that DNA resolution

The Great Jansen | The Dusty Box

Dear Grandpa: Are We Related To Any Famous Authors?

Seavers in the News - Henry E. Seaver Killed by Trolley in Hartford, Conn. in 1922

Added and Updated Record Collections at FamilySearch.org - Week of 21 to 27 April 2019


Dreams and Adventures at Cosy Cottage

Over Sixty Killed in Train Wreck in 1903, including My Cousin Edison Goldsmith

‘Trampling the rights of a free people’: Coercion in Nineteenth Century Ireland


Deep in the Heart of Textiles

A New Museum Sheds Light on the Statue of Liberty

Why We Need a New Civil War Documentary

This Library in Anchorage Lends Out Taxidermic Specimens

Fishes Were Julie Packard’s Wishes for Her New Smithsonian Portrait

Ten of the South’s Most Mouth-Watering Food Festivals

How Origami Is Revolutionizing Industrial Design

For the First Time in 300 Years, Pilgrims Can Climb These Holy Marble Steps

What Happened to Notre-Dame’s Precious Art and Artifacts?

The notice on the Cook County Clerk's (Greater Chicago)  website for genealogy records explains that they changed their process. No longer may the individual search the site for birth, marriage or death records, instead the researcher has to provide a series of online forms.  The information one must provide information on is the requestor's email, snail mail, state, and other forms  asking relationship to the person of record, reason for the genealogical search with a drop down box with specific  options then another form about the person whose record you are requesting. Some of the questions the requestor may not have for example on a death request must provide the state file number, their marital status, their birthdate, place of death and occupation, the cemetery where they are buried, mother's full name—the type of information genealogists want to obtain which is why we order the records in the first place. Information requested for birth records are similar along with the fathers and mothers race, occupation, age and birthplace. Information on marriage records in addition to the name and age of the bride and groom they  want the marriage ate, type of and city where the  ceremony was performed and license number.

If you are uncertain of the exact date of birth, marriage or death and want us to search more than one year, include $1.00 for each additional year you want searched, up to a maximum of 10 years.

Without the researcher being able to search and determine which vital record they want the selection is left to the County Clerk staff to determine.  The days of "searching" all with a particular surname are over.

Under Illinois law the embargo periods for vital records are:

For other information including the charges go to: https://www.cookcountyclerk.com/service/genealogy-records

If there was an advance notice of the change or request for public input I did not see it.

Thank you to Tony Kierna and Tony's Genealogical Blog for informing us of this change in accessing genealogical records from Cook County, Illinois

The Michigan House has a bill HB 4113 that would extend the embargo period from 100 years to 130 years for birth records. This would be the longest embargo period in the United States.

At this point I have not been able to speak to the committee staff about any hearing dates and am awaiting a return call. When I learn more I will post here on the IAJGS Public Records Access Alert.

Thank you to Brooke Schreier Ganz, Reclaim the Records, for informing of us about this bill—she learned about it from the adoptees group in Michigan.  We appreciate learning about all pending vital records legislation and rely on your eyes and ears to inform us!

WATCH: 'Trad on the Prom' is an Irish dance show like no other

Solo travel in Ireland: these tours will help guide your Irish adventure

Three guys Irish dance their way around the world

Four unexpected things to do in Galway

How Game of Thrones saved this Northern Ireland man’s farm

200 British soldiers investigated for crimes during The Troubles

WATCH: 80 Irish dancers take to the streets of NYC in Mission2Manhattan

Five amazing things to do in Dublin

Irish words and slang to learn before you visit Ireland

These are the places in Ireland you have to visit

Pastlinks: A Picnic When Cars Were Few ... a Trove Tuesday post.

Strong Foundations: Who Left THAT There?

No. 402 - St Bridget's at Tunnack - "The Worst He Ever Saw" | Churches of Tasmania Duncan Grant

Book Review: Under The Midnight Sky by Anna Romer

Book Review: If You Could Go Anywhere by Paige Toon

Book of the Week: The Book of Dreams by Nina George

The Flatshare by Beth O'Leary

Stand Up for the Future: A Celebration of Inspirational Young Australians

Additions to Contributions
https://astheywere.blogspot.com/p/courtesy-of-paul-obrien.html
With thanks to Paul O’Brien

Berrima, NSW
with thanks to Maree C Duffy

St. Peter’s, Campbelltown
With thanks tho Maree C. Duffy

Deloraine, Tasmania
with thanks to Lisa Bartlett 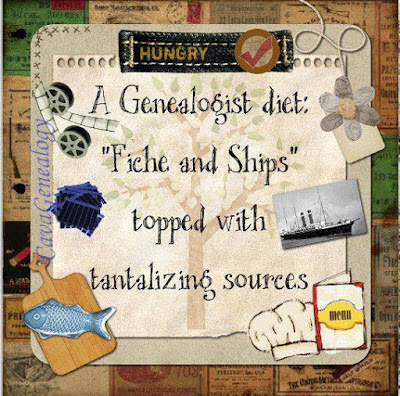