UCC acquires archive of Irish food pioneer Myrtle Allen  drafts and proofs of her 1977 book, The Ballymaloe Cookbook, and documents and photos reflecting her interest in history, genealogy and travel. Irish Examiner

Could you cook spaghetti bolognese without your sight? Inside Maribel Steel's tactile kitchen - ABC News

A biographical record of Queensland women : a representation of every sphere showing, activities and interests, social, philanthropic, historic, scholastic, sport and travel  Thanks to Karen King-Cain

A pathway to indexing Carmel's Corner

Publishing to WordPress from Bear Just Got Better

New Blog... WHERE TO BEGIN RESEARCHING A HOUSE HISTORY The Australian House Historian

Withdrawing a recommendation The Legal Genealogist

I Love Bello Shire  incl. Featured Events and What's On

Trains with Names:     Yalgoo : a book review and photographs

The case of the glowing cross

What The Great Gatsby Reveals About The Jazz Age

How the Beat Generation Became "Beatniks"

Life in Pripyat Before and After the Chernobyl Disaster

Why We Need a New Civil War Documentary

U.K. Construction Finds Neolithic Skeletons That May Have Been Victims of Human Sacrifice

Did Elizabeth Woodville, England’s ‘White Queen,’ Die of the Plague?

For the First Time in 200 Years, Japan’s Emperor Has Abdicated the Throne

What Do We Really Know About Neanderthals?

When California Went to War Over Eggs

Thanks to Facial Reconstruction, You Can Now Look Into the Eyes of a Neolithic Dog

Using the 1940 U.S. Census to Build Your Family Tree

the gentle author ....  a wonderful collection of stories based in Spitalfields, plus

The Soup Kitchens Of Spitalfields

Added and Updated Record Collections at FamilySearch.org - Week of 5 to 11 May 2019

Tracing My Grandfather’s Navy Service         The Other Nathan Hawkins

A Stroll Through the Gallery

LD 1688 repeals the law authorizing the creation of a new birth certificate for an adopted person and it removes the provision that requires the sealing of the original birth certificate. The bill allows a person born in Maine to retain that person's original birth certificate, even if that person is adopted. This change does not affect a person born in a foreign country who is adopted in Maine.
For more information on the committee and the hearing see:
http://legislature.maine.gov/committee/#Committees/JUD
The bill may be read at:
http://www.mainelegislature.org/legis/bills/getPDF.asp?paper=SP0553&item=1&snum=129
Jan Meisels Allen
Chairperson, IAJGS Public Records Access Monitoring Committee

Honoring 10,000 Irish immigrants who built the US railroads

The most beautiful castles in Ireland

The anti-fascist fighter from the Cork/Kerry border

Ireland is surrounded by volcanoes

These are the most photogenic towns in Ireland

Moving to Ireland: Why you should live in Dingle, County Kerry

How Many Languages Do You Speak?  allenrizzi

The Bogantungan Rail Disaster: Have you heard the children cry?  Judith Salecich

Something of a Mystery « The Irish Aesthete

Of Lighthouses and Space Hoppers ‹ The History Interpreter - Janet Few

#Book Bingo – Round 10   great review of The Chocolate Maker's Wife

If You Could Go Anywhere by Paige Toon       READ MORE

Room for a Stranger by Melanie Cheng        READ MORE

Podcast: My father the storyteller with

The Tattooist of Auschwitz Heather Morris

With thanks to Paul O’Brien

Chewton
With thanks to Lee-Ann Hamilton

ROOKWOOD CEMETERY, METRO NSW
With thanks to Karan Campbell-Davis

QUEENSLAND CEMETERIES OUTSIDE OF BRISBANE

Munna Creek, Qld
With thanks to Evelyn Kremer

PERSONALS  PLUS ...TROVE TUESDAY 14 MAY 2019, finding information in 'social news' columns, snippets in odd places, they went where?, follow through with TROVE if looking for someone mentioned,
Feel free to share 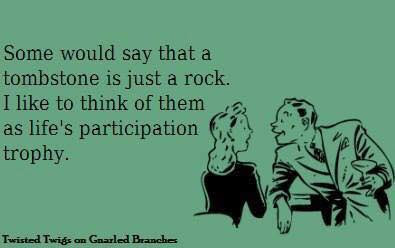