A WW2 massacre and revealing 'an awful secret'   BBC.UK

Death Cafe: The place to talk about dying whimn.com.au

Everyday Items That Have Been Changed Beyond Recognition - MyHeritage Blog

Risks of the job | National Library of Australia

'Here is a story! Story it is': how fairytales are told in other tongues  BBC.UK

'What is the Difference Between BillionGraves and Find A Grave?' HERE to learn more!

Anzac Day: A Message from the Battlefield  Lonetester

George Clooney jets in to Ireland to see his cousins - and dine with Leo and Bono  Independent.ie

Toys appearing on toddler's grave 134 years after his death, but no-one knows why - ABC News

Australian nurses in World War I | Centenary of WW1 in Orange

Siblings meet for the first time thanks to AncestryDNA  ancestry.com.au

Rising through the ranks: stories of Aboriginal women in military | NITV

Lest We Forget: why we need to remember the Frontier Wars. SBS

Power searching videos     Carmel Galvin    (an older post, but worth watching at least some of these)

Chinese Genealogy Research: How to Find Your Chinese Ancestors in North America

Add Audio to Pictures on FamilySearch.org

Why Did the Victorians Harbor Warm Feelings for Leeches?

Disability Studies: Foundations & Key Concepts       The 4 Questions to Ask before You Unplug

How Florida Got Its Name          Elephants, Horses, and the Proportions of Paradise


Family history across the seas

Travel and the Trobriands       Uniformity in housing     War in PNG

Landing those decisions     Such books as may be necessary

The Story of Anne Ramsden

The [Mis]Adventures of Thomas Beals


Norwegian Genealogy and then some..

Seavers in the News -- Everett Seaver Dies in 1923 in Staten Island, New York

Added and Updated Record Collections at FamilySearch.org - Week of 14 to 20 April 2019

[Records-Access-Alerts] (US-WA) Vital Records Bill Passed Both Houses of Washington State Legislature En Route to GovernorWashington State ESSB 5332  (Vital Records) passed both chambers of the Washington State Legislature, signed by the president of the Senate and the Speaker of the House and is en route to the governor for signature. It is expected that Governor Inslee will sign the bill into law as it was his Department of Health that was sponsoring the bill. This bill has been amended to meet with about 90 percent of the requests from the genealogical community. This includes a 25 year embargo on death records; 100 year embargo on birth records, expansion of those relatives who may access the vital record without waiting for the embargo periods, transferring the records to the state archives within one year and more. No amendments were adopted since it passed the floor of the House which was reported previously in the IAJGS Records Access Alert.  To read the bill as it was passed by the Legislature see: http://lawfilesext.leg.wa.gov/biennium/2019-20/Pdf/Bills/Senate%20Bills/5332-S.E.pdf

P.S. I Love You sequel is on its way! Are you ready?

President John F Kennedy’s final autograph is up for auction

15 things to do in Ireland that you've never heard of

65 years ago today, Ireland executed a person for the last time

My Grandfather: A forgotten hero of Ireland’s 1916 Easter Rising

Could this be the oldest known video of Ireland?

Life of High King Brian Boru to be major US miniseries

Must-see Dublin exhibition captures the history of the Irish Famine

Photographic evidence suggests human remains may be still on board Titanic

Nothing prepared me for what I found in Irish adoption records

Win a VIP trip to Milwaukee Irish Fest this August

6 reasons you need to travel to Ireland in 2019

The 1916 Easter Rising: A guide to the key figures, facts, and moments

"One Day in Dingle" video will make you miss Ireland


Ireland’s potatoes save millions from famine and drought in Ethiopia

An Easter tale  The Legal Genealogist

The Empire Called and I Answered: Lieutenant Mitchell and the gas mask  Lenore Frost

My mother's years in the WAAAF (Part 2): Rockhampton       Judith Salecich

The Poem I Never Wanted to Write  Liz Gauffreau

Utensils for cooking  in Days Gone By

Every Day is a Chance to Start Anew  Humouring the Goddess

Book Review: I Miss You When I Blink by Mary Laura Philpott

Book of the Week: The Book of Dreams by Nina George

The Flatshare by Beth O'Leary

SING TO ME MOTHER


IS GOD CRYING TOO, MUMMY?

BURIAL CUSTOMS AROUND THE WORLD

Additions to Ireland
with thanks to Priory Studios

ON A COLD CLEAR MORN 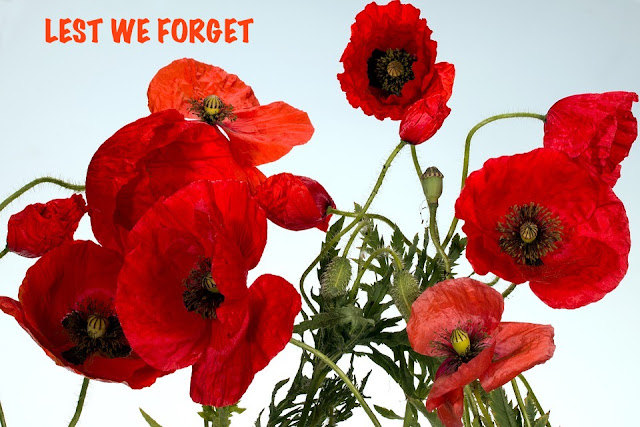