Records of the 1828 Census inscribed on the UNESCO Australian Memory of the World Register | NSW State Archives N.B. Soon to be available to all online

FREE Finding Your Roots Reporting on the Reporters access expires on February 19th, 2019

Dear Ancestry.com: Are You Fixing These Problems?

Added or Updated Record Collections at FamilySearch.org - Week of 13 to 19 January 2019


Irish in the American Civil War


The First Transcontinental Railroad: Did Your Chinese Ancestors Help Build It?

How Did We Get the First U.S. Census?

The Murder of the Duke of Sutherland:

Opinion: Did the ambush at Soloheadbeg begin the Irish War of Independence?

Digital rights are becoming more of an issue and in today's world we need to take heed of what we might need to do to permit our family or executor of estate access to our digital assets—photographs, documents etc.

Apple has a strict data protection policy which includes non-disclosure of other people's data stored on someone's account, including the deceased's without a court order. A widowed Canadian woman wanted her husband's password and Apple refused saying they would need a court order. The widow did not have access to her husband's Apple ID. A person's Apple ID is tied to their payment information and other sensitive data, Apple has instituted strong safeguards. The daughter wanted to download a card game from her late father's Apple computer to her mother's IPad. The family reached out to the Canadian Broadcasting System's consumer help line, Go Public, who went to apple, and then Apple apologized for the "misunderstanding" and the widow was given access. Apple did not say if they would change their policy going forth. See: https://appleinsider.com/articles/16/01/19/apple-grants-widow-access-to-husbands-apple-id-after-demanding-court-order and; https://www.cbc.ca/news/business/apple-wants-court-order-to-give-access-to-appleid-1.3405652

In another case, Matter of Estate Swezey, an executor of the decedent's estate petitioned to turnover photographs stored in the decedent's ITunes or ICloud account by Apple Inc. Apple informed the executor that a court order would be required. The executor was the decedent's spouse and he was left all personal property and the residuary estate. The deceased took the majority of family photos and stored them on his Apple account—he used his iPhone for the photographs. While the will did not specify digital assets, the court found that in today's world digital assets in cyberspace are to be included. This was a New York State case, and the New York Legislature enacted EPTL Article 13-A (https://codes.findlaw.com/ny/estates-powers-and-trusts-law/ept-sect-13-a-3-2.html) ) applying traditional laws to this type of property, thereby giving fiduciaries the right to gain access, manage and delete digital assts. Apple was required to disclose the photographs stored in the deceased's Apple account.

Thank you to Kenneth Ryesky who forwarded the article to me for sharing.

Apple CEO Tm Cook has not been shy about his thoughts regarding consumer online privacy. He has suggested a data broker clearinghouse. He advocates for greater oversight regarding handling of consumer data. He said, "In 2019, it's time to stand up for the right to privacy — yours, mine, all of ours." His essay published in Time Magazine, he charges Google and Facebook as companies that amass "huge user profiles" data breaches and the vanishing ability to control our own digital lives."
He called on Congress to pass comprehensive federal privacy legislation. Cook believes there four principles:
1. Right to have personal information minimized. strip identifying information from customer data or avoid collecting it
2.The right to knowledge- knowing what data is being collected and why.
3. The right to access. Companies should make it easy for you to access, correct and delete your personal data.
4. Right to data security, without which trust is impossible.

To read an Apple Insider report on the Time piece read:

Meet the Irishman who takes the world’s best animal selfies

Could Montreal finally be getting a commemorative park for the 6,000 Irish who died there?

Queen Victoria, Monarch of Great Britain and Ireland, dies on this day in 1901

Irish music and dance session breaks out on flight to Kerry

Stay somewhere flashy: the Lighthouse at Fanad Head in Donegal

Recollections of school days past       In Days Gone By...

Of Wonderful People, Chilling with a Book and a Little more about Edward ‹ The History Interpreter - Janet Few

140 years since the Battle of Isandlwana ‹ Anne's Family History

It made my (Viking) blood boil – GSQ Blog

A Lock of Hair: A Treasured Keepsake - Love in a little black diary

Who do you see in the mirror? A Writing Prompt.  Laura Hedgecock

New Release Book Review: A River in the Trees by Jacqueline O’Mahony

Cover Reveal: The Cinema at Starlight Creek by Alli Sinclair

Behind the Pen with Cheryl Adnams

New Release Book Review: Photos of You by Tammy Robinson

The Rumour by Lesley Kara

A request.. if you sometimes don't read all those in INTERESTING BLOGS, I would ask you to read this one..
"Of Pokemon and Dinosaurs and being Edward" written by Janet Few...it's enlightening and beautiful and sad... all at once...
There are so many Edwards whom we may never know, maybe it's time to do something about that.
Thank you. 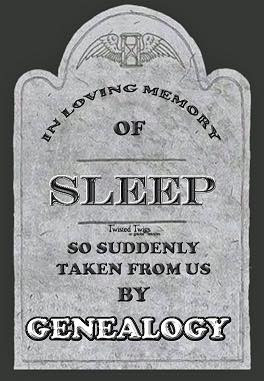