The War of the Roses is over! … and a preliminary report on what makes family historians tick – Family History Matters at GSV

Top 100 Irish Surnames & Last Names (Family Names Ranked)  Your's not there, mine neither...

Was the World's Oldest Person Ever Actually Her 99-Year-Old Daughter?

The Priest of Abu Ghraib

Preserved Horse, Saddled, Harnessed and Ready to Flee, Found in Villa Outside Pompeii

The Plot to Kill George Washington

New Records on FamilySearch from December 2018

Thoughts on Finding Your Roots

'Nostradamus, Malachi and Me' by Mattie Lennon

Eithne - Imprisoned by Balor of the Evil Eye

The Girl of the Goldfields:- a family story

Frank Oxman and The Case of the Found Securities

Nathan Dylan Goodwin's "The Asylum" is FREE to Download Now

“It Was Not For To Be Soldiers We Came Out”: Recruited Straight Off The Boat–Some New Evidence

#OTD in 2000 – It is announced that a 1,000 year old treasure trove has been discovered by a tour guide cleaning up litter from a Co Kilkenny cave.

Deep in the Heart of Textiles ... Textile Ranger

The Kiosk of Trajan at Philae Temple, on Agilkia Island, Egypt

For the first time in 100 years the Archives de Montréal has moved its records from the vaults from the basement of city hall in Old Montreal, Hôtel de Ville. The move is for three years, expecting to return to the original site in 2022. The move is precipitated by renovations in city hall. More than 11,000 boxes of archival records have been moved, a total of 15,000 will eventually be relocated. Additionally, 11,000 registers will be relocated. The new location is:

Researchers can access the archives by appointment. Email: consultation_archives@ville.montreal.qc.ca

The second phase of the move will take place on January 28.

To read more including about the history of the archives and several fires see:
https://www.ledevoir.com/politique/montreal/545112/le-grand-derangement
The article is in French. However, if you use Chrome as your browser it will translate the article. Or use a translation service such as https://translate.google.com/

The website for the Archives Montréal is: http://archivesdemontreal.com/. There is an article about the move on the website. The website is also only in French and the aforementioned translation tools will assist you in reading the website if you are not conversant in French.

Thank you to Gail Dever and her blog  Genealogy à la carte for informing us about the relocation during renovations.

‘Vikings,’ filmed in Ireland, to end after 6 seasons with spin-off in the works

How "Star Wars" has transformed tourism in south-west Ireland

Irish woman's hilarious reaction to hearing about shark on nearby beach

Mark 100 years since US Prohibition at these Dublin speakeasies


What Irish superfoods should you be eating in Ireland?

An expert's guide to Ireland’s top 2018 chefs and restaurants

New Release Book Review: How to be Second Best by Jessica Dettmann

The Binding by Bridget Collins

Two Girls Down by Louisa Luna

Curramulka, Maitland, thanks to Rika Cable 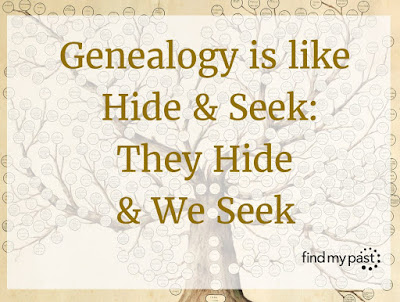