[Dictionary of Sydney] Hollywood nights     'What does Margaret say?'

Do you want to be a writer? Listen to our 6 part series with bestselling authors  Better Reading

A modest proposal  The Legal Genealogist

Looking after your family archive – National Archives of Australia

Counting Down to DNA!  Alona

The Man Who Tried to Claim the Grand Canyon         Why Do People Faint?

On Brands' Bad Social Media       Satan, the Radical      How to Eat Seafood — Sustainably

‘Who painted the bark?’ Meet the magnificent rainbow eucalyptus

A single cat wiped out an entire colony of fairy terns

This is what Sydney Harbour Bridge could have looked like

Time lapse: watch an entrancing video of a cicada shedding its crunchy shell

Before Going to the Moon, Apollo 11 Astronauts Trained at These Five Sites

There’s a Chapel Located Inside a Volcano in Spain

Five of the Most Fascinating Prison Museums in America

Eight Spots in the United States Where You Can See Petroglyphs

Births in England and Wales: 2018 and historical perspective   Sunday Sundries

Newspapers.com is a major resource   Two good things from MyHeritage

What's on in August

Judy Webster   Sign up for FREE  NEWSLETTER at http://www.judywebster.com.au/subscribe.html         Also gives you entry into her competitions once you check that in preferences..

Interview: Declan Power on the Irish Army in Lebanon

In Days Gone By
A fitting tribute 100 years ago

Deep in the Heart of Textiles

I Whistle a Happy Tune

Diary of an Australian Genealogist

Hurricane Sweeps Nelson Farm   Get Thee to a Nunnery

Our World: Watership Down


Love in a little black diary

Family History and the Family Bible

Mad, bad, or dangerous to know?

ABOUT records-access-alerts... you can subscribe
To register for the IAJGS Public Records Access Alert  go to: http://lists.iajgs.org/mailman/listinfo/records-access-alerts. You will receive an email response that you have to reply to or the subscription will not be finalized. It is required to include your organization affiliation (genealogy organization, etc.)
Jan Meisels Allen
Chairperson, IAJGS Public Records Access Monitoring Committee

The IAJGS Records Access Alert reported last April about Reclaim the Records suing the New York City Department of Health for public copies of all 1949-1968 NYC death certificates under the Freedom of Information Law (FOIL).  The 1949-1968 time frame for these records was requested as any other part of New York State the records would be available. This is the first attempt for records, not indexes.  They are also suing to strike down the NYC Department of Health regulation with the exceeding long embargo dates for birth 125 years  and death records 75 years.
See: https://www.reclaimtherecords.org/records-request/24/

The NYC Department of Health and Mental Hygiene response to the Reclaim the Recordslaw suit may be read at:
https://www.reclaimtherecords.org/wp-content/uploads/2019/07/reclaim_the_records_vs_nyc_doh_et_al_-_city_motion_to_dismiss.pdf

As reported on the Reclaim the Records website (See: first URL above) , New York City has responded-with a motion for dismissal.—they think the statute of limitations has passed. The difference is they are looking at when the regulation was first proposed not when it became effective.
The Reclaim the Records response to the NYC Department of Health response to dismiss (above) may be read at:
https://www.reclaimtherecords.org/wp-content/uploads/2019/07/reclaim_the_records_vs_nyc_doh_et_al_-_rtr_memorandum_of_law_in_opposition_to_city_motion_to_dismiss.pdf

The links and updates are on the Reclaim the Records Facebook page, but even if you are not a registered Facebook user you can access it at:
https://www.facebook.com/ReclaimTheRecords/posts/1255230604628082

(US-AZ) Arizona Court Rules Arizona Residents Have Right to Internet Privacy
The Arizona Court of Appeals  said Arizonans have n (Arizona) constitutional right to online privacy to prevent police from accessing one’s identity or home address from a third-party online—law enforcement requires a warrant.  The court ruled that the  Arizona constitution provides residents the right to privacy that goes beyond the Fourth amendment protection from unreasonable searches.

Presiding Judge Eppich wrote, "The third-party doctrine allows the government a peek at this information in a way that is the 21st-century equivalent of a trip through a home to see what books and magazines the residents read, who they correspond with or call, and who they transact with and the nature of those transactions… We doubt the framers of our state constitution intended the government to have such power to snoop in our private affairs without obtaining a search warrant."

Police and government agencies cannot obtain information about individuals  to Internet providers, which includes who they are and their home address– the gateway to finding out exactly who is posting material – without a search warrant. And that requires a showing of some criminal activity.

The Arizona ruling is a first time in the state as federal courts have consistently ruled that once people furnish that information to a third party, which in this case the company that provides Internet service, they have given up any expectation of privacy. And that means the Fourth Amendment protections of the U.S. Constitution against unreasonable search and seizure no longer apply and the government no longer needs a warrant. However, the court majority said the Arizona Constitution makes the federal court rulings in applicable.  The court also said the law will need to resolve this tension in such a way that everyone has the same expectation of privacy online.

Despite the court’s ruling they upheld the convictions of the appellant.

Irish blessings and sayings on friendship

Irish language lessons and where to find them

Lughnasa recipes, rituals, traditions and symbols for the 2019 festival

The history and origins of traditional Irish music

Students in Ireland perform Avicii's Wake Me Up in Irish

Monument aligned with winter solstice among 40 newly discovered near Newgrange

Tracing your Irish roots? A guide to Irish birth, death, and marriage records

Endeavourers Reveal Day 7 – A Walk in the Park  TextileRanger

Take A Break From Yourself  Claudia

Book Review (kind of, more like a chapter): White Horses by Rachael Treasure

Book of the Week: State of Fear by Tim Ayliffe

The Burnt Country by Joy Rhoades 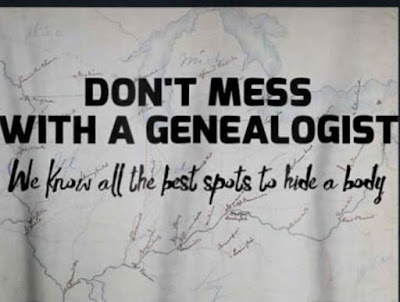