Earliest Parish Register in Ireland 400 Years Old This Month - Church of Ireland - A Member of the Anglican Communion. Thanks to Claire Santry

Would you buy a house with a graveyard in the front garden? | The Guardian

Visit Brisbane  Great for locals or for those who would like to see what a beautiful city and area we have... e.g. North Stradbroke Island      includes What's On In February

FREE RECORDING! "How Do I Know What I Don't Know" -  one hour online Q&A session Thomas MacEntee
Cairns Family History e-news incl. Irish Records Workshops  DNA CASE Studies Presentation,  Could this be the reason why your ancestor's birth was not registered?


Churches and religion in South Australia      The second Discover Family & local history seminar, sponsored by the State Library of South Australia, Genealogy SA and Unlock the Past
More events...www.unlockthepast.com.au

EMemorial: Newsletter of Australian War Memorial..
Including " From a Whsper to a Bang! "
Megan Spencer presents a journey of historical empathy in a six-part series about war, remembrance, and an Australian prisoner of war. This podcast walks a mile in the shoes of Corporal H.B. “Harry” Spencer, Megan’s grandfather, a prisoner of the Germans in the Second World War. Her conversations with family, historians, serving members, battlefield “pilgrims”, Indigenous culture custodians, and experts on empathy invite the audience to contemplate remembrance and to ask: do we remember well?

The Five Newest Additions in Genealogy at OPL and TPL

1926 Census and other Library and Archives Canada Items

The Story of Dyngo, a War Dog Brought Home From Combat

Seavers in the News - John E. Seaver Killed By Train in 1940

My Cousin Sue and Her Grandfather’s Amazing Album

Jacob Goldsmith’s Will and His Legacy

Norwegian Genealogy and then some...  Martin Roe Eidhammer

The Story of Sarah McCann  Ireland

The IAJGS Records Access Alert has posted about privacy numerous times. Recently, the German Post Office announced they will convert letters and postcards and send them via email if requested. This is a digitization pilot program by Germany's national post. The customer must forfeit their privacy to use this e-scan service. The Deutsche Post promotion price for e-scan services will cost 5 Euros (about US $5.74) per month, until July. The cheapest of the private services currently costs almost twice, according to the newspaper Süddeutsche Zeitung.

Closing Famine museum, a “slap in the face to the Irish Catholic community”

On John Ford's birthday, remembering his Valentine to Maureen O'Hara

How the Irish (and Welsh) invented romantic love

Reasons why Dublin is great in winter and spring

Sarah Jessica Parker and Matthew Broderick may be moving to Donegal

Celtic chariot discovered by amateur with metal detector could win him a $1.3 million reward

WATCH: This video of Ireland will give you serious wanderlust

At the (virtual) library  Gerry Bolton

From the English slums to Australia: Elizabeth Priddis  chasing skeletons

The Truth About Millennials and Genealogy - Amy Johnson Crow

I Am Creativity  Claudia

Book of the Week: At The Wolf's Table by Rosella Postorino       READ MORE

We Must Be Brave by Frances Liardet     READ MORE

Podcast: The Way We Were with Richard Glover   LISTEN NOW 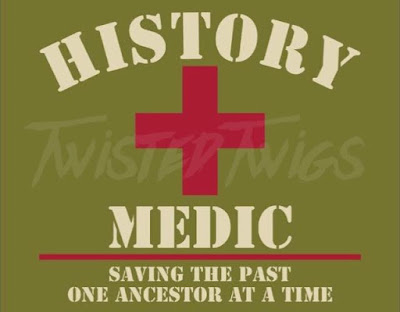