Two of Us: they both work in cemeteries – but not together Brisbane Times

Looking at Anna  The Legal Genealogist

Dictionary of Sydney has posted a new item, 'Helicopter Crashes in City'

Saying thanks for an amazing resource  The Legal Genealogist

12 ways to get the kids involved in history these school holidays ancestry.com.au

Almost 140 years after ancestor made his mark on Darwin, more than 50 family members return - ABC News

#OTD in 1897 – Birth of Tom Barry, in Co Kerry, one of the most prominent guerrilla leaders in the Irish Republican Army during the Irish War of Independence.    Stair na hÉireann

Seven Airplane Innovations That Could Change How We Travel

The Campaign to Get Rid of Singlish  Legendary Passenger Ship

CFH members can submit posts to appear on our blog      and a whole lot more news in the newsletter...

Scaling a home-based business   Twilight in the Red Box

What if LAC's Secret Bench of Knowledge Could Talk?

The Oxford Dictionary of Family Names in Britain and Ireland

This is a huge online dictionary of more than 45,000 English, Scottish, Welsh, Irish and Cornish surnames, from the Middle Ages to today. This authoritative reference work also includes a guide to surnames and family history research.

You will need a Library card to use this resource at home. Don’t have one? Register online (Australian Citizens)

There are several groups asking for exemptions on data privacy in the European Union.

Financial watchdogs from North America, Britain and Asia are seeking an exemption from the EU's new data privacy law, the General Data Protection Regulation (GDPR). The request is to avoid hampering cross-border investigations. The financial officials say not being exempted from the GDPR could jeopardize international  probes and enforcement actions involving market manipulation and fraud.
See: https://tinyurl.com/ybspz6rw
Original url:
https://www.reuters.com/article/us-securities-regulators-europe-exclusiv/exclusive-north-american-uk-asian-regulators-press-eu-on-data-privacy-exemption-idUSKBN1JL24S

In the United Kingdom, Privacy International, Liberty and Open Rights Group –joined more than 60 NGOs calling for  a halt to collection communication data. The groups have filed complaints to the European Commission calling for EU governments to stop requiring companies to store all communications data.  They note that the practice was ruled unlawful by the Court of Justice of the European Union (CJEU) in two separate judgments in 2014 and 2016.—which was before the GDPR became effective. Complaints have been filed in 11 EU member states: Belgium, the Czech Republic, France, Germany, Ireland, Italy, Poland, Portugal, Spain, Sweden and the UK.  To read mores see:
https://www.computerweekly.com/news/252443638/UK-privacy-groups-join-call-on-EU-to-halt-comms-data-collection

Dutch privacy regulator says 600 complaints have been filed about possible privacy violations since the GDPR became effective May 25, 2018. In assessing the first 400 complaints a common issue was people asking an organization to delete their personal data. One –third of the complaints involved the "right to be forgotten". Over 85 percent of the complaints were about companies.
To read more see: https://www.telecompaper.com/news/dutch-privacy-regulator-says-600-complaints-to-date-under-gdpr--1250678

Mystery of the moving rocks off Irish island solved

The most hilarious Irish reactions as unusual heatwave pounds the country

The day the Irish Mob nearly wiped out the Italian Mafia

How to find photographs of your ancestors? Photo detective reveals

The top ten most influential Irish people of all time

Irish funeral toasts, blessings and prayers for the dead

Ireland’s Brehon Laws were way ahead of their time

Spotlight on: The Seamus Heaney Centre and Queen's University Belfast


Now what about this for something different? A treat or???


FOOD&WINE: You can sleep in an actual tequila barrel at this boutique hotel

Why did Matthew spurn his family?    Clogs and Clippers

"What's in a name? That which we call a Rose by any other Name would Smell as Sweet." FamilyHistory4u

The Empire Called and I Answered: Sergeant George of the Railways Unit

Remember ‹ Waking up on the Wrong Side of 50

Behind the Pen with Majok Tulba

New Release Book Review: A Room at the Manor by Julie Shackman

Book A Day: The Goldfinch by Donna Tartt

Something in the Water by Catherine Steadman

Podcast: Surviving as a Writer with Christian White

Some responses to a questionnaire/geneameme.. many thanks to those who replied…no time limit, feel free to add your responses either below the post, or email me… 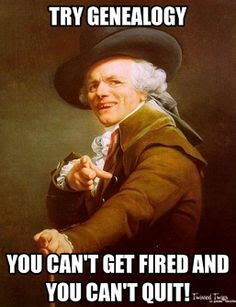