How to find out if your ancestor was on the Mayflower

Inside Ireland's most exciting tech, science, and arts fest

When New York was Irish, in summers long ago

Irish farmer relies on a llama to protect his sheep

‘Calculated to excite the minds of the public’: South Ulster and the Young Ireland Rebellion 1848  The Irish Story

Bookmark Posts with Save For Later Word Press Blog

It’s not for us to choose The Legal Genealogist

I Love Bello Shire      The beat lives on in Bello

They spoke out against immigrants. So she unearthed their own immigrant ancestors - CNN

Lake Eyre from space: From 705 km above Earth, you get a spectacular view of central Australia - ABC News

Every Picture Tells a Story: Searching for Harry’s  Maureen Taylor

“He Went Home to Ireland to Die”: Hearing the Voices of 19th Century Roscommon Emigrants     irishacw

and now for the big announcement... BOULDER CEMETERY index is now online
Congratulations to Moya Sharp and Danelle Warnock

New and Forthcoming Re-issues from Pen and Sword

Sunday Sundries           Webinar: Lightroom or Photoshop? What should I use for my photo editing?

What Did Gladiators Eat?        Mysterious Quilts Made by Soldiers     Fairytale Language

Parachutes and Resistance    A Timeless Practical Joke      The Cod Wars

Master Genealogy Organization in an Hour with One Online Program

On May 29, 2018 Reclaim the Records made a New Jersey Open Public Records Act (OPRA) request of the New Jersey Department of Health for a copy of the New Jersey death index from 1904-2017. They are anticipating a response by mid-end of June.
See: https://www.reclaimtherecords.org/records-request/21/

The Reclaim the Records Facebook page was updated on June 19. As the posting states, Reclaim the Records was successful several years ago in requesting the New Jersey death index for 1901-1903 from the NJ Archives. The later death index is only available from the Department of Health not the archives, therefore, the OPRA request was made to the Department of Health. Updates will be posted on the aforementioned website. https://www.facebook.com/ReclaimTheRecords/

It's just past one month since the General Data Protection Regulation went into effect in the European Union.  These are some of the things that occurred as a result of the GDPR:

1. The cessation of some genealogical data bases from being on the Internet:

·         450,000 Records Removed From Online Access at Dutch Archives—such as the Tilburg Regional Archive online family cards collection dating from 1920-1940; other branches including Amsterdam, Alkmaar, Eemland and more have removed data from the Internet.
·         World Famous Network Y-DNA project ceased operation
·         Y-Search and Mitosearch projects of FamilyTree DNA were closed the end of May. While the announcement did not state they were closing due to the GDPR, the timing is at least "curious."

2. Major litigation against multinationals allegedly not following the GDPR- the litigation was filed within hours of the GDPR becoming effective by privacy advocates, especially Max Schrems and his firm None of Your Business.  According to Politico, in Austria there are 128 complaints and 500 questions; 50 data breach notifications- the same number that occurred previously in a span of  eight months.   In France complaints are up by over 50 percent compared to the same time period last year,  There are 29 cross-border cases under investigation.

3. Facebook and Google are two dominant multinationals which have been the focus of many lawsuits and investigations.  With the GDPR it appears their dominance is increasing especially in advertising as smaller publishers and advertisers may have problems meeting the new GDPR standards-exemplified by some companies pulling back from Europe.

This is quite a long post...
To read more see: https://www.politico.eu/article/gdpr-europe-new-privacy-rules-7-takeaways/

Book A Day: The Shifting Fog by Kate Morton

New Release Book Review: The Last of the Bonegilla Girls by Victoria Purman

Book A Day: The Poisonwood Bible by Barbara Kingsolver

Am I Doing This Right?  Tanya Hennessy   On Leopard Rock Wilbur Smith

FREE journey-circumnavigating Australia's Colonial History Prt 2., Broome Western Australia, not just pearls, records broken,TROVE TUESDAY 26th JUNE 2018, La Serena, longest telegraph line in the world?, WW2,
Thank you for the great response to the issue on Rottnest Island. I hope you enjoy this, and those to come, every bit as much.
http://headlinesofold.blogspot.com/2018/06/circumnavigating-australias-colonial_26.html 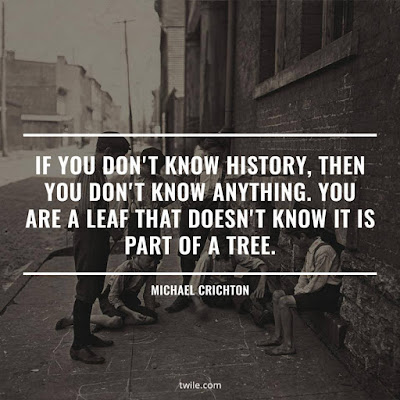