How to explore a cemetery

The most haunted places in Ireland

Magic spells from the white witch of Cobh

John Lonergan - a US Civil War hero and Irish Rebel

The Celts and Catalonia -- Five things you need to know

The Headless Horseman and other monsters from the Celtic underworld

Limerick man who approved the construction of the Golden Gate Bridge

You know you were brought up by Irish parents if…

Tuam dead babies scandal is only the tip of the iceberg

Mayo teenagers blow everyone away with incredible Irish dance routine
Who is your patron saint?
Irish dancers rock Michael Jackson’s Thriller for Halloween
All Saints Day, 1920: The end of Irish rebel Kevin Barry
Travel Ireland in the footsteps of the Irish saints

Nghi Phung: One of Australia’s top doctors in cancer fight

A to Z – A Few Words from the Past    Lonetester

The Lost Children of Tuam - The New York Times

The 1798 Rebellion – a brief overview  The Irish Story

* Can you help?   It's In The Bag - Christmas Charity Drive Donate To Share The Dignity

The Local Historian | British Association For Local History (BALH) N.B. Issues over three years old can  be downloaded  FREE..   Do scroll down           Thanks to Jenny Coates

In 2013, Ancestry digitized the Canadian 1921 census and until last month it was available only through Ancestry.  Per their agreement with Library and Archives Canada, the 1921 census is now available free at the Library and Archives Canada.  Canada has a 92-year privacy act therefore, the first time it would have been available to the public is 2013. In 1921 there were 233 census districts and enumerators  collected information on 8,788,433 individuals. The Dominion Bureau of Statistics was authorized to microfilm and destroy the original paper records. The only microfilm copy is an archival holding. The digitized copies were made from microfilm-which is acknowledged on inconsistent quality and some images are not readable. Some of the records did not survive. Access on Library and Archives Canada is free.

Newfoundland did not become part of Canada until 1949 and therefore, was not included in the    Canadian census. However, there is an early 1921 census of Newfoundland which is available for free at FamilySearch. To access it go to: https://www.familysearch.org/search/collection/2226517

The circus train and an elephant named Alice | Guardian News

The Tree of Me  Sharon Brennan

Living and losing | The Legal Genealogist

“When the Cats Away” – a family story Outback Family History

What is a Soulmate? Claudia

Kindred Spirits: The Choctaw Nation and the Starving Irish
The Silver Voice

CONTRIBUTIONS courtesy of Paul O’Brien and 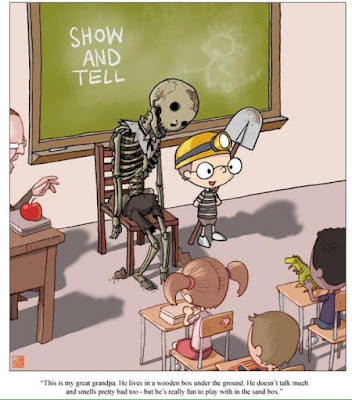