Massive, record-setting waves recorded off of Irish coast during Ophelia

Irish Halloween scary spirits from Dracula to the Banshee

Do you know who’s in your family’s Glasnevin Cemetery plot? I didn’t

Beautiful video as Irish child sings to great-grandmother with dementia

The greatest songs of The Troubles in Northern Ireland (VIDEOS)

Twenty Irish novels to read before you die

Irish emigration songs that will stir your heart (VIDEOS)

The American Civil War through the eyes of an Irish photographer

Can Ireland's red squirrels be saved from extinction?

“An American Irish Story” – growing up in the Bronx, New York

Belfast – a city of the young


and your treats this week...

Brown bread as your mother made it

FamilySearch Catalog: Transcripts of memorials of deeds, conveyances and wills, 1708-1929

William McInnes: Tracing your family tree is about trying to work out how we all fit in the world

Did You Know About These? – 9 Titles  Alona Tester

Holding on to the Dead – John Grenham

A bill is expected to be introduced in Dublin, on October 25, 2017, in the Dáil (House of Representatives) to make online social media companies such as Google, Facebook, Twitter, etc. the responsible parties for online content, rather than the person who posts it. The bill will give courts the authority to force social media companies to remove or prevent publication of "prejudicial content".  Fines imposed would be left to the judges' discretion.  The intent is to treat social media the same as traditional media while protecting the balance between the right to free speech and right to a fair trial.  This would be the first time in Ireland the law on contempt has statutory footing. The bill is called the Contempt of Court Bill 2017 which gives judges the powers to direct that material which risks prejudicing court proceedings be removed from websites. Penalties for those who are found to be in contempt of court after they made posts on social media could be imprisonment or a fine. The proposed bill addresses internet providers to be ordered to block access to the offending sections of the website. Websites could be found to be in contempt even though their administrators were not responsible for posting the material.

As the bill is not introduced at the time of this posting there was no access to the bill on the Oireachtas (Parliament) website. After the bill is introduced and published it may be found on the website: http://www.oireachtas.ie/viewdoc.asp?fn=/documents/bills28/bills/comp03.htm#C

The Oireachtas consists of the President and two Houses, Dáil Éireann (House of Representatives) and Seanad Éireann (Senate).  Josepha Madigan of the Fine Gael party will be introducing the bill. The Fine Gael is currently the governing and largest party in Ireland in terms of members in the Oireachtas.


A Home for Noddy  genielynau

How Good a Wood Engraver was Edward LEE?  Cicadas, Bees and Barge Poles

Carolina Girl Genealogy: Tuesday's Tip~Gettin' By With Help from Our Friends-Alona Tester

..and now for the GOLD SUPERSTAR GENEALOGISTS 2017..
CONGRATULATIONS TO ALL..
https://thatmomentintime-crissouli.blogspot.com/2017/10/superstar-genealogists-awards-for-2017.html

… and now for the GOLD SUPERSTAR GENEALOGISTS 2017..
CONGRATULATIONS TO ALL..
https://astheywere.blogspot.com/2017/10/superstar-genealogists-awards-for-2017.html 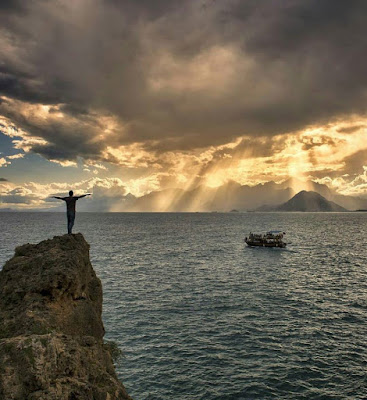 The day is gone, but my story is not finished...
Rumi