with festivities ranging from the St Patrick's Day Parade to a Gaelic sports competition.

The festival kicks off on March 9 with a ball at The Irish Club, on Elizabeth St, from 7pm.

The parade starts from the corner of George and Elizabeth streets and heads through the city.

with traditional Irish music, activities for children and more.

On Sunday, March 11, you can enjoy a family sports day that includes Gaelic football and hurling,

along with Irish dancing and rides from 10.30am at the Queensland Gaelic Football Park, Bowhill Rd, Willawong.

Other events throughout the Irish Festival include:

A talk about how the Irish have left their mark on Queensland, 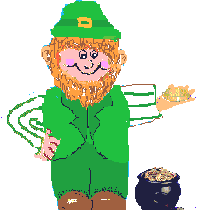 Posted by Crissouli at 9:01 AM