How Illuminated Medieval Manuscripts Were Made: A Step-by-Step Look at this Beautiful, Centuries-Old Craft | Open Culture

Jean Whittle is turning 90 and has found true love, meeting her beau at the bus stop - ABC News

An Ogham and Runic inscription from Killaloe, Co. Clare | Irish Archaeology Thanks to Christina Hunt

video  30:09 In the shadow of death, a doctor found his calling | Australian Story

What next for this 'important' heritage building?  Brisbane Times

[Dictionary of Sydney] Shirley Beiger: ‘All that glittered was not gold’

How does it feel to see your ancestors from more than 400 years ago?

Was your relative at D-Day?

Want to know what it's like now where your UK ancestor lived?

The Free People of Color of Pre-Civil War New Orleans

Love Records? Learn All About the 1790 Census

12 Genealogy Sites You Must Search If You Have UK Ancestors

20 Things Your Ancestors Did That You Probably Never Will

The courts versus the Family Bible  The Legal Genealogist

12737      Ron Ben-Israel is an Israeli pastry chef known for his wedding and special occasion cakes and for his detail in sugar paste flowers.          Humouring the Goddess

Of greats and grands  The Legal Genealogist

Here is my interview with Elizabeth Gauffreau   Liz Gauffreau

Seavers in the News - Thomas Whitchurch Seaver Dies in Sydney, Australia in 1936

Added or Updated Record Collections at FamilySearch.org - Week of 17 to 23 February 2019

FamilySearch has announced they will be closing their FamilySearch Centre at the National Archives in London, England on March 23, 2019.  The announcement said due to advances in technology free services can be accessed at home or in one of their local Family History Centres or in a FamilySearch affiliate library.

The National Archives (UK) has agreed to become a FamilySearch Affiliate Library thereby all digitized records on FamilySearch will continue to PCs located in the reading rooms. One will need a free FamilySearch account to access records and self-help guides will be available.  FamilySearch volunteers will no longer be available for one on one assistance.

Ancestry Institution UK and Findmypast are available on computers at the National Archives.

In checking at the time of this posting there was no announcement on the FamilySearch London website. This information was provided in an email sent from the London FamilySearch Centre dated February 23, 2019 at 16:03

Thank you to Jeanette Rosenberg, JGS UK for sharing the information with us.


Apps people use for health reasons, such as cardiac monitoring, ovulation trackers, real estate sites when one is looking at for homes, are all sharing data with Facebook, unbeknownst by the user, and that includes app users who are not Facebook subscribers. How is this possible? Facebook software is built into thousands of apps including an analytical tool called "App Events" that permits developers to record their users' activity an report it back to Facebook regardless of whether user login in via Facebook or even have a profile.

In a study performed by The Wall Street Journal they found at least 11 popular apps with tens of millions of downloads have been sharing the sensitive data entered by users. They monitored 70 apps in their study. None of them appear to notify users about this data-sharing tool through privacy policies or terms of service. Because the sharing is happening outside of the limits of standard permissions — like location, voice, and camera access — it appears neither Apple nor Google is aware of when an app on iOS or Android is communicating sensitive information like this to a third-party service.
To read the article see: https://www.wsj.com/articles/you-give-apps-sensitive-personal-information-then-they-tell-facebook-11550851636

Facebook says it’s not collecting sensitive health and financial information and using it more broadly. According to The Verge, "many of the most egregious situations the Journal discovered were so-called “custom app events,” with parameters defined by the app makers and not with any input from Facebook. The company said it advises app makers not to share data that it would consider sensitive — like health and financial data — and it claims not to use the data outside of letting the app that collected the information target Facebook users with ads."
https://www.theverge.com/2019/2/22/18236398/facebook-mobile-apps-data-sharing-ads-health-fitness-privacy-violation

Earlier this month the UK Parliament's  Digital, Culture, Media and Sport select committee published its final report after more than 18 months of investigation into Facebook and its privacy practices. Members of Parliament have requested that social media companies be required to remove “harmful” or “illegal” content on their platforms and be held liable for it according to a compulsory code of ethics. " Facebook’s handling of personal data, and its use for political campaigns, are prime and legitimate areas for inspection by regulators, and it should not be able to evade all editorial responsibility for the content shared by its users across its platforms." Further legislation regulating information technology and social media is anticipated. See: https://publications.parliament.uk/pa/cm201719/cmselect/cmcumeds/1791/1791.pdf

As previously reported in the IAJGS Records Access Alert, Facebook is under scrutiny by the European Union  and the United States about how it treats its users and non-users private information.  Facebook has faced large fines from the EU and is currently being reviewed for large fines by the US Federal Trade Commission (https://www.nytimes.com/2019/01/18/technology/facebook-ftc-fines.html)

Hundreds of global landmarks will light up green this St. Patrick’s Day

Black 47 lead singer Larry Kirwan looks back on the band’s history: “Home of the Brave”

How to pinpoint where your ancestors lived in Ireland

How to stay in your own 15th century Irish castle

Who were the top Irish American Oscar winners of all time?

The Irish woman who shot Mussolini in the face

This is officially the best beach in Ireland - Can you guess where it is?

The Life of Oscar Wilde In His Own Words

This Irish photographer captures Ireland's landscapes from their best angle

Which Irish adventure is the best for your star sign?

Surprising places around the world that celebrate St. Patrick's Day

FamilyHistory4u: THE CURIOUS CASE OF WILLIAM FRYER'S 'INSANITY' - A STORY FOUND ON TROVE

Lawrence and The Freemasons  Dreams and Adventures at Cosy Cottage

Before Bernadette: The Story of Catherine Crotty

Behind the Pen with Karen Viggers

Blog Tour: Behind the Pen with Esther Campion

Appin, St. Bede’s
With thanks to Geraldine Anne King

Holbrook (Germantown)
With thanks to Gail Christopher

Corrimal
With thanks to Maree C Duffy

Netherby
With thanks to Elizabeth Keong

https://irishgraves.blogspot.com/p/rookwood-cemetery-metro-nsw.html
With thanks to Karen Ozden

St.Matthew’s, Windsor
With thanks to Brett Andrew Woods

Jugiong
With thanks to Gail Christopher

Tumut
With thanks to Denis Mulvihill, Gail Christopher,

With thanks to Noelene Harris

With thanks to Gregory Ross, Friends of Waverley

Childers, Apple Tree Creek
With thanks to Brian Bouchardt 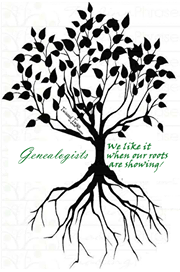