Please note, though some links don't look to be there, all have been tested and do work.. a blogger glitch.

What Began As A Helpful Meal Became A Lasting Friendship TAPinto.net

Restart Your Family History with the Genealogy Do-Over Alona Tester

Commemorating 1918 and the Self determination of Nations The Irish Story

Christmas in Outback Queensland - Love in a little black diary

Pecking order: how John Gould dined out on the birds of Australia | Environment | The Guardian

Back issues of MEMENTO  well worth browsing

New! Pre-ordering records trial      this link takes you to ordering form  Queensland State Archives
* From January 2018 Queensland State Archives is trialling a pre-ordering service for three months that will enable you to pre-order your records before you visit.  The records will be delivered to the Public Search Room once you arrive. Select “General enquiries or needing help” and then “Other”. You will need to include the following details with your order:
You can order up to 1 week before your visit but pre-orders must be received by 12:00pm the day before.

When you get here, mention to our staff that you have pre-ordered records and they will have the records brought out for you.

Domestic duties only? WRNS and the First World War

These Five Abandoned Mines Have Been Transformed into Subterranean Wonderlands

Never too late to relax and enjoy... some lighthearted posts from John D. Reid

Yuletide R&R: Pam Ayres and 'Not you, Basil'

Years You Have Left to Live, Probably

Do you struggle with genetic genealogy?

Highlights of 2017 for Findmypast

Reclaim the Records announced through the New York State Freedom of Information Law (FOIL) they obtained and published the death index for Buffalo, NY for the years 1852-1944.  They estimate that there are about 640,000 names listed in the indexes. During the 1852-1944 timeframe, Buffalo, NY was one of the top 15 most populous  American cities, and sometimes  in the top ten.

These indexes have never been online previously, nor were they microfilmed by FamilySearch. However, the City of Buffalo digitized the death index books around 2002.  Reclaim the Records advises there are some "minor" issues with the scanned copies. When the Buffalo City vendor digitized they didn't center the pages as they should, and often they cut off about a quarter of an inch of the far right side of the page—often where the year was written. For the 1890's books they sometimes cut off the very bottoms of the pages. Since each death book only covers several years at a time, and each page was written chronologically, you will be able to narrow downs the date range to the years for that book and looking at the earlier top or bottom of the page you may be able to "guess" he year…at least it will be in within the four year range of the book. Occasionally the pages are out of order—at the back of book some pages may have been "shoved" if they came loose over the years.

For the years 1891-1897 there are an additional Second page with information on the father and mother—name, place of birth, street address of death and exact date of death. The index records are posted on Internet Archive see:
https://archive.org/?mc_cid=348bdb911b&mc_eid=1fcb9139f0
Internet Archive is free and no login or subscription is required.

No law suit was needed to obtain the indexes! As the records were digitized they only had to send them to Reclaim the Records—but that doesn’t mean a strong effort to obtain them was not required!  See the newsletter ( see below for the url) for the details.
The newsletter mentions a newly signed law ( Governor Cuomo signed last week) that FOIL requestors who are wrongly denied their records can recover their attorneys' fees and court fees if they bring a lawsuit.  To read the actions of the bill and the new law see:
http://assembly.state.ny.us/leg/?default_fld=&leg_video=&bn=A02750&term=2017&Summary=Y&Actions=Y&Text=Y

Congratulations to Reclaim the Records!

The International Tracing Service (ITS) has published online an additional 15,000 documents from its "Death Marches" collection.  Cemetery plans, maps and references to burial places have been added.  By clicking on place names, the users can see all related documents.

Go to: https://digitalcollections.its-arolsen.org/050305?lang=en  (German  language is also available by going to this url and clicking on the German flag). On the left side of the screen see Death Marches and the subaccounts under that title. When the new window opens in the center on the white background has the index of files, map place presentation and alphabetical index of places.

To read more about this collection see the ITS newsletter at: https://tinyurl.com/yd8fyz3d
Original url:
https://www.its-arolsen.org/nc/en/latest-news/news/details/news/detail/News/karten-von-begraebnisorten-online/?caller=100
This is available in English, German, French, Russian and Polish, by clicking on the flag and dropdown box  to the left of search bar.

Since 2010 the (US) Library of Congress has been acquiring tweets,  The collection originated as  a gift from Twitter of its entire archive of public tweet text from its beginning tweets form 2006 through 2010. Since then they continued collecting with all public tweet text.  This was done to acquire and preserve a record  of the American people's knowledge and creativity.  The Library has the first 12 years of tweets: 2006-2017. The volume of tweets and related transactions has grown exponentially since it began.  Twitter is now expanding the size of the tweets and the Library does not receive images, videos or linked text and more tweets today have visual content. For these reasons, effective January 1, 2018 the Library of Congress will acquire tweets selectively. The tweets collected and archived will be " thematic and event-based, including events such as elections, or themes of ongoing national interest, e.g. public policy."

Due to the cost of collecting and preserving the tweets that are archived the Twitter collection is embargoed until they find a cost-effective and sustainable manner.

To read the white paper on the update see:
https://blogs.loc.gov/loc/files/2017/12/2017dec_twitter_white-paper.pdf

To read the blog posting about the Library of Congress change of policy see:
https://blogs.loc.gov/loc/2017/12/update-on-the-twitter-archive-at-the-library-of-congress-2/

This is a follow-up to a previously reported bill.

On April  14, 2017 the IAJGS Records Access Alert reported on the Indiana Legislature passing House Bill 1523 that would permit the state to charge an hourly fee  for records searches that exceed two hours.   The rate the state may charge is either $20 per hour or the hourly rate of the person doing the search.

Governor Holcomb expressed his position that providing access to public records is a key part of the work public servants perform and he did not support policies that create obstacles to the public gaining access to public documents. He did state, however, that he supports government agencies providing  electronic copies of public records in an electronic format. ( such as emails)

Thank you to Dick Eastman and the Eastman Online Genealogy Letter for informing us about the governor's veto.

Who knew that Santa's elves could Irish dance? Amazing routine to a Christmas carol

You know you're Irish at Christmas if...

Finding loved ones before Christmas after decades apart

The best pubs in the picturesque town of Dingle

Travel through the mysteries of the ancient Boyne Valley (PHOTOS)

Beautiful poem for the departed adapted by Irish monks

Christmas morning in Ireland: Memories from decades gone by

A beautiful stone farmhouse in Ireland for $53,000

The funniest Irish videos of 2017

Beautiful places that prove Ireland is a winter wonderland

Literature, film and music - 2017 was the year of the Irish renaissance

10 ways to turn anywhere in the world into Ireland

Biggest Irish news stories to watch out for in 2018

Stunning photos of the New Year's Day supermoon over Ireland

The ancient music and instruments of Ireland (PHOTOS)

and couldn't miss the treats...

Ireland is any foodie's paradise - fall in love with Irish food

The last in the series... if you haven't read all of them, do go back and explore Ellen's beautiful photos, wrapped in so much history.. Congratulations ...a wonderful series and a mammoth effort...


Claudia has written even more great blogs... these are just a few... she has the ability to make me smile and cry, often at the same time...

Can You Afford the 12 Days of Christmas?

I Want To Be A Mixing Engineer

GeniAus presented us once more with her geneameme.. Accentuate the Positive... it's not too late to participate... These are a few of the responses... you can read more by going to Jill Ball's site at

The Silver Voice never fails to educate and entertain us...
New Year Customs in Ireland

genielynau had me waiting for the next blog with her tales of George Capel..

More from George – “Home-Keeping Youths have ever Homely Wits”

Opinions from George – What kind of place is America?

A tribute to a lost daughter – A Poem from George

then again, I also have a fascination for Emily's Quill Pen, by genielynau

cassmob's posts are always a must read...

New Year’s Memories of the Rose Parade, Then and Now The Family Curator

Of Christmas past and present    In Days Gone By...

The Skeleton in the Dunes | The Dusty Box 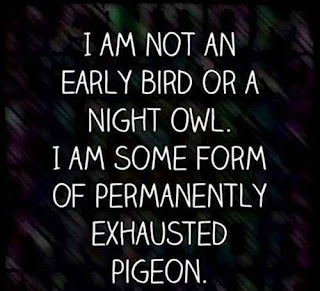