Win a luxury trip for two to Ireland   USA only sadly

Hurricane Gert to batter Ireland with high winds and rain

(so that's where my husband's great Aunt got to)

Getting creative in County Kildare!

Are these the best Irish actors of all time?

The perfect way to start a day - a full Irish breakfast

Famine-era Irish schoolhouse in beautiful Co. Kerry for sale for $115,000

The unbreakable rules of Irish hospitality

Are these the best Irish actresses of all time?

Getting creative in Co. Kilkenny!

Celtic symbols and their meanings

Getting creative in Co. Leitrim!

Did a search for buried gold lead Michael Collins to his death?

A history of the Irish in Milwaukee

"Singing in the Rain" Gene Kelly's pride in his Irish roots

Study reveals that living near a pub makes you happier

Ireland swamped by heaviest rain in a hundred years

How the Irish got so good at making whiskey

what are you going to make this week?

How to make perfect Irish scones

Flying mathematicians of World War I

Edwardian-themed Cabinet of Curiosities for one night only Fri 27 Oct. Kew > Book tickets

The other battle of Samarra       Kew in the archives

Dunkirk on film and in print

The Royal Commonwealth Society (RCS) Collection has launched a new digital archive, Voices of Civilian Internment: WWII Singapore. These records, are available through  free, from the Cambridge Digital Library.  The collection is the life and experience of civilians who were interned at the Changi and Sime Road Camps between 1942 and 1945 following the fall of Malaya to the Japanese. Per Wikipedia,: The term British Malaya loosely describes a set of states on the Malay Peninsula and the island of Singapore that were brought under Britishcontrol between the 18th and the 20th centuries.

The collection has the official papers from the Camps' administration as well as personal stories of the internees, from their personal diaries, memoires and correspondence.  Of most interest are the nominal rolls which document each internee's personal data and the cam[s's newspapers.

For information on the collection go to:
http://www.lib.cam.ac.uk/news/new-digital-archive-provides-rare-insight-wwii-civilian-internment-camps

To search the archives go to: https://cudl.lib.cam.ac.uk/collections/civilianinternment

In the search box type in civilian internment –the name of collection  and click on which document you are interested in. For example the Changi and Sime Road Civilian Internment Camps: Nominal rolls of internees  and a 559 page document appears. You can scroll through the list of names by the page turner at the top of the page.

The Signature Quilt Project – Can You Help?        Alona Tester

Scotch-Irish in America and a bookshop novella     Library Ireland

Earlier this month the IAJGS Records Access Alert announced that there is a government proposal to introduce an overhaul of the UK data protection laws.  The Data Protection Bill will be introduced in Parliament when the Members of Parliament and peers return from the summer break in September. This was announced in the Queen's Speech which IAJGS Records Access Alert reported on June 22nd.

UK digital minister Matt Hancock said the "right to be forgotten" will be included and it will go beyond search engine results—regarding personal data held by a third-party, to include social media sites such as Facebook, to video games companies. The bill will bring the UK into line with the European Union's existing General Data Protection Regulation which becomes effective on May 27, 2918. However, it will have some exceptions, including medical records collected by the National Health Service.

Another exemption will be the internet archives maintained by the British Library which is required by law to collect a copy of all published materials in the United Kingdom.  The British Library is also required, since 2013, to archive the entire UK web domain once per year.  This may result with the British Library having a more extensive, and therefore, more accurate record than any search engine.

The British Library has over 150 million books, manuscripts and maps.  See: https://www.bl.uk/

Abandoned, derelict and a drinking den – convent campaigners - The Mayo News Do scroll down to Caroline's Story

The Gardaí in the 1920s – A Troubled Beginning  The Irish Story

Muster Rolls of the Marine Corps

A-Z of records  .. then type in any county to see what is available

No glory for the Melvin family  cassmob    (more to the story)

The Australian Hatter | The Dusty Box

Ancestral Places Geneameme     Jenny Coates  Loved her twist to this


Maybe We Were Wrong  (scroll down the JUST BECAUSE page)

Addition to Leonora in Western Australia 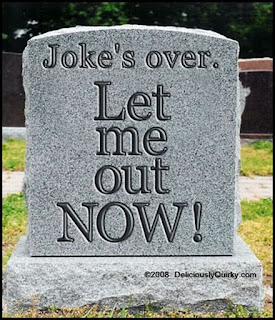