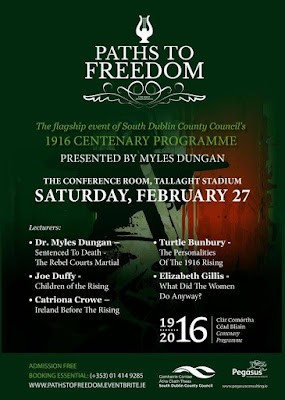 * CLARE ROOTS SOCIETY
The Clare Roots Society monthly lecture on Thursday 21 January 2016 at 8pm in the Old Ground Hotel in Ennis was "The O'Connell Clan in Clare", by Oliver O’Connell. Oliver outlined how he began his research and collated information on the O’Connells in Clare, a journey that took him 15 years to complete. The O’Connell family were transplanted to Clare from Caherbarnagh outside Sneem in County Kerry in 1653 by the Cromwellian forces and they were given some land at Cloonmackan in Inagh parish and today the family vault is in Inagh graveyard. Oliver has traced back a direct O'Connell line for 28 generations. his relatives being very prominent in the European armies of France, Spain, Prussia and Austria. The O’Connells were in Clare 160 years before Daniel O'Connell The Liberator arrived. 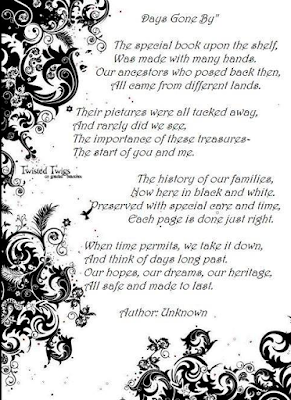 Posted by Crissouli at 7:09 PM